Study: No ‘Material’ Loss of Performance with Most Alternative Fuels 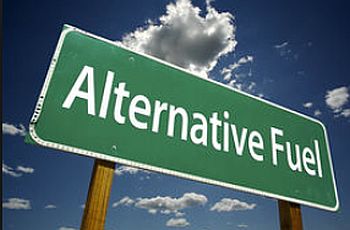 Adoption is growing in “record numbers”

A study by a clean energy consulting firm has found that there is no significant loss of performance when surveyed commercial fleets convert from diesel and gasoline to most alternative sources of energy.

The 141-page report, published last month by the California consulting firm of Gladstone, Neandross & Associates, also asserts that the use of alternative fuels by fleets of medium- and heavy-duty vehicles is “at a critical inflection point where…adoption is expanding from the gradual uptake in niche applications over the past several decades to faster and broader adoption within the last few years.

The report, entitled “The State of Sustainable Fleets 2020,” says that although diesel and gasoline are likely to remain as the dominant choice of commercial fleets for some time, “fleets are now testing and purchasing sustainable vehicle technologies in record numbers.”

While the report is loaded with data points for each of the four alternative fuel technologies, its authors cited four key findings:

Barriers to more widespread adoption, the study found are “the often-higher cost and challenges with procuring sufficient volumes to meet their needs.”

The report devotes a separate chapter on each of the four types of fuel-propelled vehicles.  Highlights include:

Natural Gas Vehicles (NGVs) – The Use of natural gas by U.S. fleets over the last several years has increased 400 percent, with 85 percent of NGVs in use by heavy-duty trucks in urban goods delivery, refuse collection and public transit.

Battery Electric Vehicles (BEVs) – More than 2,000 BEVs are in use by medium- and heavy-duty fleets, and deliveries are estimated to double over the next two years.  In addition, more than 90 percent of surveyed fleets that plan to use BEVs will install their own charging infrastructure and another third will install their own energy storage or generation capacity over the next 24 months.

Hydrogen Fuel Cell Vehicles (FCEVs) – Although FCEVs are still in the demonstration and pre-commercial stage, the report found that fleets remain interested in them “as the technology provides a zero-emission pathway while offering excellent acceleration and efficiency, extended driving range and fueling times comparable to gasoline and diesel vehicles.”  Only some 70 FCEVs are on U.S. roads, about 50 of which are in California with major being commercial transit buses.