Study: Half of Teen Crash Deaths Were in Old Cars 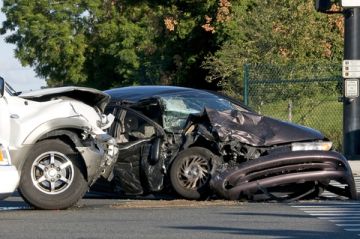 A new study finds nearly half of drivers ages 15 to 17 who died in car crashes from 2008 to 2012 had cars that were at least 11 years old, and nearly a third drove small cars.

At least in part, the statistics simply reflect the cars that teens drive.
• The study notes that teens overwhelmingly drive smaller, older vehicles.
• 60% of teenagers drive cars at least 8 years old. In the FARS analysis,
• 82% of teens killed in wrecks drove cars that were at least 6 years old.

But this much is certain: Older, smaller cars are generally less safe. Pointing to the density of deaths in a given group of vehicles, researchers noted that larger cars result in fewer deaths than smaller vehicles, and cars with better crash-test ratings are also associated with lower death rates.

Older cars tend to have worse crashworthiness and fewer safety features like side airbags and electronic stability control, but parents often choose them for teen drivers because of affordability.

By today’s standards, both groups of cars in the study were thin on safety features.
• Just 7% of middle-aged drivers’ cars had electronic stability control as a standard feature
• Just 3% of teen drivers’ cars had it standard.
• Side airbags came standard in 14% of the adults’ cars and 12% of the teens’ cars.

It takes about 30 years between the point when the industry introduces a new safety feature (typically in a few luxury cars) and when it’s in 95% of the cars on the road, according to IIHS. At that rate, electronic stability systems and side airbags — both introduced around 1995 — won’t arrive in the vast majority of inexpensive used cars until well into the next decade.

Jan 4, 2015connieshedron
What's in Stock for Material Handling Equipment in 2015?Fleets Can Measure Progress Toward Sustainability