All New Cars To Have Significant Autonomous Vehicle Technology 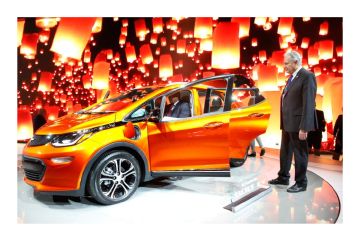 When 20 automakers announced this spring they would include Automated Emergency Braking Systems as standard equipment in all cars, they effectively standardized autonomous vehicle technology, an expert said in Chicago Monday.

Currently offered as an option on some cars, automated braking systems use many of the same components as fully autonomous vehicles, said Jim Barbaresso, national practice leader for intelligent transportation systems at the infrastructure design firm HNTB.

So as they become standard in all cars, the cost of autonomous technology will drop.

“This is incredible because this is really a key function of autonomous vehicles,  the ability to stop the car before crashing into another car in front of you,” Barbaresso said at a forum sponsored by Chicago’s Active Transportation Alliance. “And because it’s going to be in every model of vehicle, it’s going to be affordable to the masses.”

Cars with automatic braking systems use radar, lasers, or cameras to monitor the distance to objects ahead, and when those objects get too close, they warn the driver, slow the car or stop automatically.

“The price point for the sensors and everything else that is integrated into an autonomous car is really coming down fast,” said Barbaresso, who also serves as a director of the Intelligent Transportation Systems World Congress.

Lidar sensors used on Google’s autonomous vehicles have dropped in price from $75,000 less than a decade ago to perhaps $5,000, with models below $500 in development. When automakers incorporate them in every new model, those prices should plummet further.

“It’s going back to the days of Henry Ford, when he was making a car—at that point a horseless carriage—that was affordable to everybody,” Barbaresso said, noting that automakers adopted the autonomous braking standard ”without any regulation or rule making.”

They set a deadline of 2022 to allow automakers to incorporate the braking systems in the design cycle for new models, but automakers are expected to include the systems in any models that emerge before then. They’ll be merging onto roads with fully autonomous vehicles expected to be in widespread use as soon as 2018.

Jul 10, 2016connieshedron
Self-Driving Cars Could Flip the Auto Insurance Industry on its HeadSpeed Up, Slowpoke, or Get a Ticket