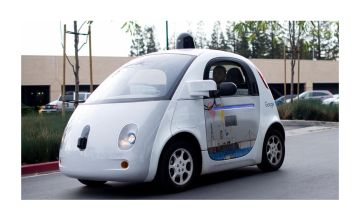 As the driverless car gets closer to reality, so too does the dilemma of how to insure the car and its owner.

The auto insurance industry faces upheaval in the next 25 years as the migration to autonomous safety features — and ultimately a self-driving car — shifts more of a car’s accident risk from the driver to the vehicle, analysts said.

The number of accidents is expected to drop sharply because currently more than 90% of accidents are caused by driver error. That could lower insurance bills for consumers.

The U.S. market for personal auto insurance policies, which currently generates $200 billion in premiums a year, could shrink substantially, some experts predict.

“There are going to be dramatic changes,” said Joe Schneider, a managing director at KPMG who’s part of the accounting firm’s task force studying the issue.

A number of cars already have collision-avoidance features, such as blind-spot detectors and front-end crash-warning systems. The auto industry and federal regulators also have agreed to equip nearly every new car with automatic emergency braking systems within the next six years.

But the insurance industry, regulators and consumer advocates caution that myriad questions have to be answered before it’s known exactly how those driverless cars will be insured.

For instance, although a driverless car might cut the risk of accidents, it still would share the road with drivers behind the wheel. How would insurance for both types of vehicles be written, and what would it cost?

“We don’t want to see an environment created where you have vehicles that might not be nothing more than glorified golf carts autonomously operating among big-rig tractor trailers,” said Jim Whittle, assistant general counsel for the American Insurance Assn., a trade group for the insurers.

And don’t expect a price cut in auto insurance anytime soon. In fact, prices have been climbing in recent years because of a rise in the number of crashes that reflects more miles being driven, higher car sales and an increase in texting and other driver distractions, among other factors.

Cars with autonomous safety features are “certainly not the majority” of vehicles on the road because “the features themselves, while important in adding safety, aren’t such that every use and operation of the car is now automated,” California Insurance Commissioner Dave Jones said.

“So far, we haven’t seen significant changes in claims or experience that would warrant changes in [customer] rates,” Jones said.

Read more of the original article in The Los Angeles Times.