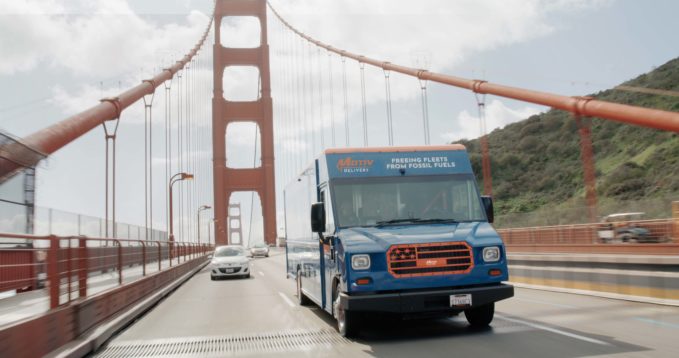 Motiv is partnering with the Michigan-based developer of innovative energy storage technology, Our Next Energy (ONE), for battery technology for Motiv’s 6th generation all-electric vehicles – which are currently in testing and will launch in early 2023. 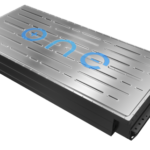 Motiv’s step vans, trucks, and buses will soon feature ONE’s Aries™ LFP battery system that can be deployed with a full vehicle payload on routes of more than 150 miles per charge – a range that exceeds commonly available medium-duty EV technology.

In a Motiv field test, a medium-duty electric vehicle hauling 6,000 pounds of payload easily traveled the 150-mile drive south from San Francisco’s Golden Gate Bridge to the Bixby Bridge in Monterey. A second field test was conducted on public roads in both city and highway traffic conditions in a vehicle hauling the daily payload typical for Motiv’s commercial customers. Watch the testing video here.

“This is a major milestone for our commercial customers – who deploy EV fleets every day that are critical to driving business results,” said Tim Krauskopf, CEO of Motiv Power Systems. “In fact, the expanded 150-mile range easily doubles the number of addressable routes a fleet can complete with Motiv trucks and buses – which means they’re able to deliver more goods, services, and people for their customers,” Krauskopf added.

The new battery technology from ONE is an advancement for the commercial sector – and will enable Motiv to provide 156 kWh with two battery packs instead of three packs for 127 kWh. Motiv customers will also benefit from ONE’s safe and sustainable LFP cathode chemistry.

The Aries chemistry is free of nickel and cobalt, which helps lower costs and create a more sustainable raw material supply chain compared to the current industry standard. Nickel and Cobalt are expensive to mine, have increased environmental impact, and are constrained by supply chain issues, whereas LFP chemistry eliminates these issues almost entirely. LFP chemistry is also safer, more thermally and chemically stable, and has a significantly longer lifetime.

ONE’s scalable architecture allows for series and parallel configurations and at least 3,000 recharge cycles. The company’s integrated Battery Management System (BMS) also protects against overcharging. Since the chemistry is safe to pack densely, Motiv’s new 156 kWh battery system will take up 30 percent less volume than its current 127 kWh configuration, which will help improve range and performance.

Motiv’s 6th generation platform will also include a new motor as part of the company’s suite of patented technologies. Motiv’s family of all-electric vehicles, powered by ONE, will be available across Motiv’s entire range of vehicle applications in 2023.

Mar 8, 2022Janice
Teen Truck Drivers? Why Not?U.S. Gas Prices Are Skyrocketing - How Much Worse Will It Get?