Lyft Hopes You’ll Ditch Your Car, and Get Paid for it, or Never Buy One at All 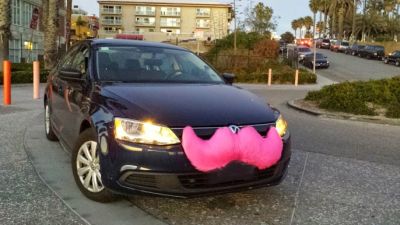 Lyft announced that it would expand its “Ditch Your Car Challenge,” an attempt to both promote its services—the company makes the whole idea of not owning a car a little easier, goes the argument—and to continue to cast itself as a traffic-busting, city-friendly transportation option.

The challenge works like this: Roughly 2,000 participants from 35 cities (including Miami, New York, Pittsburgh, and Salt Lake City, along with Charlotte, North Carolina, and Nashville, Tennessee) will apply to be randomly chosen to pledge to ditch their cars for a month. In exchange for their fidelity, they’ll receive $300 in Lyft Shared credits, a one-month Zipcar car-share membership and $100 drive credit, $105 in public transit fares, and $45 to go toward a bike-share option. (These figures might vary slightly by market.) The catch: Participants have to actually own a car to ditch.

Read the article at Wired.