Illuminated Seat Belt Buckles Are Finally a Thing Thanks to Skoda 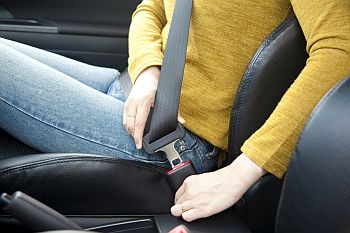 Historic Czech carmaker and Volkswagen Group fan favorite Škoda has just introduced illuminated seat belt buckles, claiming they will put an end to the hassle and faff of trying to belt up at night. Perfect or not, we have no idea why this took the industry six decades to accomplish.

Škoda’s new smart buckles feature a clear transparent button in place of the traditional red eject button. This new button features a pair of multicolour RGB LEDs that operate in two modes. With nobody in the seat, the LEDs glow white to show the passenger where the buckle is located at night.

Škoda does think of the children. When somebody is sitting in the seat, a weight sensor switches the LED to red, indicating that the occupant should put their seat belt on. This way, parents can immediately see if their children have either forgotten to fasten or have not engaged the buckle correctly. Once that’s corrected, the LED changes to green to confirm, and then back to white.