Here’s The Latest On When Some Automakers Might Resume Production 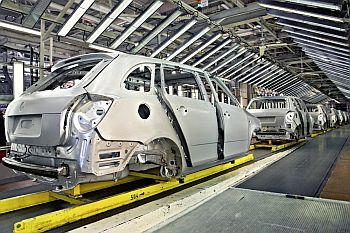 Here’s where some automakers stand on restarting factories that have been closed for at least a month due to fears of spreading the coronavirus.

Mercedes plans to reopen in Alabama on Monday, April 27. Toyota says its restart will begin gradually the week of May 4 in the U.S. and Canada. The company is still waiting for word from the Mexican government on when it can restart there.

Volkswagen announced it will restart its Tennessee plant May 3. Fiat Chrysler has a May 4 restart date, with Ford and General Motors expected around the same time. Though all three are negotiating with the United Auto Workers union. Detroit automakers employ about 150,000 factory workers in the U.S., while international manufacturers have about 85,000.