The Golden Years: Why We’ll All Love Self-Driving Cars When We’re Older 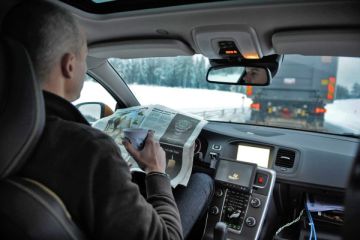 At the Consumer Electronics Show this year, most of the talk from automakers was about autonomous cars.

That’s not surprising, given the CES audience and the rapid development of self-driving technology. Depending on the automaker, the promises of completely self-driving cars ranged from imminent to cautious, but all agreed that completely or mostly autonomous cars would hit our roadways in the next 10 years.

There are always exceptions, but most cars you see on the road are less than 20 years old.

The average age of cars driven daily on the road is about 11 years. In fact, there are still more than 10 million cars on the road 25+ years old. That means that any shift to autonomous cars is going to happen slowly.

Americans are not about to junk any car before its time. Changes in the price of gasoline could accelerate a transition to electric vehicles and that could help speed up adoption of autonomous, but in the absence of a major event, it will take decades for autonomous cars to become a majority of cars on the road.

What that means is that when automakers talk about autonomous cars as a boon to the elderly, they’re not only talking about today’s seniors. They’re talking about you, sooner or later.

We took some time out from the goodies at CES to chat with Jody Holtzman, Senior Vice President of Market Innovation at AARP. The advocacy group for Americans over age 50 is active in keeping the interests of older people at the top of mind for innovators and product developers.

“The one question a CEO never wants to get from the board of directors is, why did you leave money on the table by ignoring the only humongous growth market that exists?’’ Holtzman points out.

Right now, there are 110 million Americans over the age of 50. Both the raw number of seniors and the corresponding percentage of our total population are expected to rise in the coming decades. It stands to reason that providing services to older people should be on the minds of automakers. Further, the incentive to meet the needs of older people is compounded by differences in the way generations address mobility.

“People over 50 are the market for automakers,” Holtzman told Digital Trends. “The average age of a Chevy Impala buyer, or a BMW 5-series, is over 50. They’ve got the money to buy the car, and culturally, younger people are less interested in owning a car. Once you start to get experience with Uber or Lyft and that kind of on-demand transportation opportunity, you start to think that maybe you don’t need to own a car, have a garage, and pay for all these things. Do the math! If you live in the city, it makes more sense.”

Read more of the original article at Digital Trends.