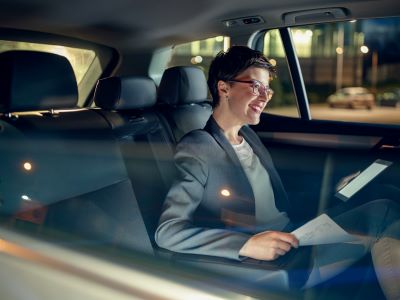 March 22, 2022 – As cars get more connected and infotainment systems are increasingly becoming a key selling point, we’re starting to see automakers imagine new ways for owners to use their vehicles.

Ford now envisages its EVs as mobile offices and has collaborated with Cisco in order to make its electric vehicles the ideal place to take a meeting when out on the road. While there’s nothing stopping the technology from being used in conventional vehicles, Ford is making a particular effort to integrate Cisco’s Webex meeting technology in its next-generation lineup of EVs.

“We don’t see why people wouldn’t be using their vehicles as a fantastic quality office, to be able to collaborate together,” said Darren Palmer, Vice President of Ford’s Electric Vehicle Programs.