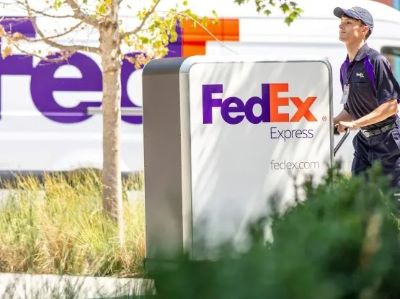 Photo: BrightDrop
March 25, 2022 – FedEx plans to test electric carts to make deliveries on its signature Express routes in 10 U.S. and Canadian cities with hopes to help address a major challenge it faces in every big city it serves: lack of parking.

E-commerce sales grew 86% over prepandemic levels in February. But the number of parking spots and loading zones remained largely the same in New York City and Toronto, where the global carrier has been testing the EP1 electric cart made by General Motors’ BrightDrop.

FedEx is encouraged by the early results from its pilot program. By deploying a truck of the electric carts and by getting couriers to their routes in a separate passenger van, the company estimates it can reduce the use of trucks on each route by as much 25% per day.

Mar 28, 2022connieshedron
Ford Thinks Its New EVs Are the Perfect Place to Take a MeetingHolman Unifies Its Seven Automotive Businesses Under a Single Global Brand