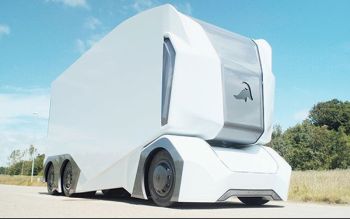 In somewhat of a twist on the forward motion of the development of self-driving vehicles, there seems to be a movement in vehicles that use a driver, but via remote control.

An electric, self-driving truck has been unveiled by a Swedish tech company with the intent of creating 200 of the remote-controlled vehicles.

The ˜T-Pod’ is 23 feet long and has an operating weight of 20 tons, smaller than normal heavy trucks. It’s controlled by an operator, but also has the ability to take advantage of a self-driving system, according to Einride, the company making the vehicles.

The company was created with the aim of creating a sustainable transport system and has been in the planning stages for more than a year.

To read more of the original article go to Media Post.