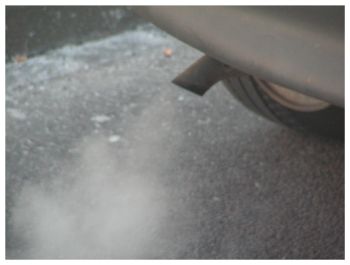 Conniving car makers and their lobbying might, assisted by the 2008 financial crash, were the key factors in producing the diesel-fuelled air pollution crisis the UK is struggling with today, according to key observers of the disaster.

Earlier government decisions to incentivise diesel vehicles, which produce less climate-warming carbon dioxide, sparked the problem but were made in good faith.

The heart of the disaster is instead a giant broken promise: the motor industry said it would clean up diesel but instead cheated and dodged the rules for years.

The result has been that the air people breathe in cities and towns is now heavily polluted with toxic nitrogen dioxide, causing 23,500 premature deaths a year in the UK and affecting many schools.

The government, whose inadequate plans have twice been declared illegal, will come up with a new, court-ordered strategy as soon as next week.

“We were told by the vehicle manufacturers the [diesel emissions] limits would be met and there was no problem,” said Greg Archer, who was managing the UK government’s air pollution research two decades ago, when new tax breaks led to the diesel boom. “What of course actually happened was those limits were not met on the road, as the car manufacturers started to turn down the after-treatment systems and cheat the tests.”

The government’s chief scientific adviser at the time, Sir David King, tells the same story: “I was convinced the [motor manufacturers] could manage the problem. It turns out we were wrong.”

The European Union has set increasingly tough emissions standards for NO2 since 2000, which would have kept levels down. But rather than deliver cars that met these limits in everyday driving, manufacturers created vehicles that passed the tests, conducted in standard conditions on rollers, but emitted pollutants at higher levels once out of the test centre.

This sharp practice was motivated by the opportunity to shave costs or avoid the inconvenience of drivers needing to top up pollution-busting chemicals more than once a year. It has led to the bizarre situation where diesel cars produce 10 times more toxic air pollution than heavy trucks and buses, as the latter have always faced strict tests.

By the mid-2000s, however, it was clear to air pollution experts that something was very wrong. NO2 levels were rising in cities, not falling, and on-the-road testing was starting to show that diesel vehicles were belching out vastly more pollution than they were supposed to.

In 2005, the European commission decided real-world tests were needed to close the loopholes the car makers were exploiting and aimed to put these into force in 2009. But then came the financial crash and falling car sales, leading to ever more intense lobbying against tighter rules from the motor industry. A “regulatory holiday” ensued, according to Archer.

The tougher tests will finally begin in September, eight years late and only because of the VW “dieselgate” scandal, in which the German motor giant was caught red-handed by US – not EU – regulators.

Read more of the original article at The Guardian.