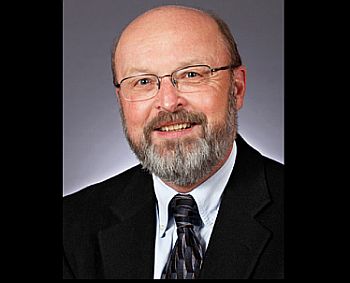 In 2018, the Trump administration issued confusing guidance on two core federal fleet performance metrics that affect fuel efficiency and the use of alternative fuels. These modifications are part of the overall “streamlining” of regulations across the federal government.

The changes in federal fleet management came about via an executive order signed by President Trump, which delegated overall responsibility for fleet strategy to the White House’s Council on Environmental Quality (CEQ) and the Office of Management and Budget (OMB). Consequently, in April 2019, CEQ and OMB issued Implementing Instructions (“Instructions”) that documented the modified performance metrics. The authority of the two organizations is clearly stated in the Instructions: “Section 3(a) of E.O. 13834 authorizes CEQ and OMB to develop and issue requirements and streamlined metrics to assess agency progress and performance in achieving E.O. goals.”

The Instructions distinguish between “metrics” and “measures.” The former is defined as unit(s) “of measurement for tracking progress” and the latter as “numerical targets and criteria used for evaluating performance.” To demonstrate efficient fleet management, agencies must set and achieve established targets and demonstrate annual improvement in two areas, both required by law: reduced consumption of petroleum and increased consumption of alternative fuels. Consequently, agencies must track and report data on:

Agencies will continue to report vehicle-level data into the Federal Automotive Statistical Tool (FAST), as they have since 2017.

The Instructions specify two key measures: first, “Agencies must reduce annual petroleum consumption by 20 percent by 2015,” and second, “increase alternative fuel use by 10 percent annually, relative to a FY 2005 baseline.” Additionally, they must “demonstrate annual progress” in these and other strategic fleet management areas described in the Instructions.

Particularly puzzling is that the goal for the petroleum consumption measure is set for 2015, four years in the past (as of 2019). Under the previous federal fleet management program (see E.O. 13693), a second-decade plan was promulgated. The first federal plan went from FY 2005 to FY 2015, but a second plan was initiated that went from FY 2015 to FY 2025. The Instructions have “streamlined” the requirement by omitting the second plan and timeline, instead opting for demonstrating “annual progress.” Nevertheless, as the Instructions state, a single metric will determine whether federal fleet management is efficient: “To measure performance on efficient fleet management, agency progress will be assessed based on the statutory requirement for petroleum reduction.”

The Instructions have made this measure almost meaningless. Here’s why:

1. Mileage and fuel-consumption data that agencies reported in FY 2005 and beyond for their owned vehicles (as opposed to leased from GSA Fleet) were significantly unreliable. Although agencies strove to comply with applicable laws and regulations, research into agency FAST-reported data for owned vehicles has verified the annual struggle to report quality, reliable information for at least the decade following the base year; that is, up to 2015.
2. Most agencies that owned most if not all of their vehicles did not have a centralized information-reporting software system to capture and aggregate relevant data in FY 2005 and for years after. Only in the last few years have many agencies been able to aggregate their fleet data across multiple organizational components and geographically dispersed regions, operations and offices. However, some agencies still struggle with the accuracy of their fleet information.
3. Most agencies that operated in-house fueling programs lacked fuel-management software that would have enabled greater accuracy in capturing and reporting fuel consumption in FY 2005 and for some years beyond. Many agencies with owned vehicles invariably relied on manual methods for recording fuel consumption and mileage data.
4. In FY 2005 and for years after, islands of fleet data existed across agencies that owned their fleet vehicles. Aggregating data has been an ongoing challenge for most agencies with multiple missions, significant organizational complexity, global operations, and broad geographical dispersion. For some federal organizations, reporting from remote and relatively isolated locations has been even more problematic.
5. The specific goal for petroleum consumption has been set for 2015, so agencies do not have to take any meaningful steps after that year beyond setting annual targets and showing progress.

Every year, “relative to a FY 2005 baseline,” agencies must achieve a “10 percent annual increase” in the consumption of alternative fuel. The issues described regarding petroleum reduction apply to this measure as well. The main difference is that the 2015 “deadline” is not mentioned. 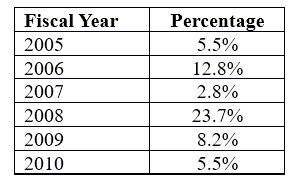 Most of the alternative fuel consumed was E-85 (a blend of 85% ethanol and 15% gasoline) used in flex-fuel vehicles. The extreme variability in the percentages demonstrates the unreliability of the underlying statistics.

All fleet programs should have goals and strategies for minimizing petroleum consumption and increasing alternative fuel consumption, as required by law, and strive for annual progress. However, by setting a baseline year of FY 2005 for these two goals for federal agency fleet programs, the Instructions have rendered the associated performance metrics of the agency efforts virtually meaningless. OMB and CEQ have basically shrugged and told the agencies to do what Congress said to do ten to fifteen years ago if they haven’t done so already.

At the very least, CEQ and OMB should modify the Instructions to delete the 2005 baseline and 2015 goal and base future performance on 2018 data which is a much more accurate and reliable baseline and set reasonable goals for the forthcoming ten-year period.

Moreover, to stipulate that the efficiency of a federal agency fleet management program will be “assessed” based on petroleum reduction is not only narrow but also ignores the core task of all fleet management programs: to ensure that a sufficient number of fleet vehicles is available to carry out the mission every day (termed fleet availability or readiness).

Fleet professionals should ensure that their vehicle management programs are built upon a set of strategic objectives. They should then identify performance metrics and measures that align with those objectives. The data they track and upon which they develop reports will enable them to assess whether the organization and the program are achieving the strategic objectives. And as the Instructions state, federal agencies “will annually report vehicle and fleet data through FAST and will identify yearly targets for progress on petroleum reduction and alternative fuel use . . ..”