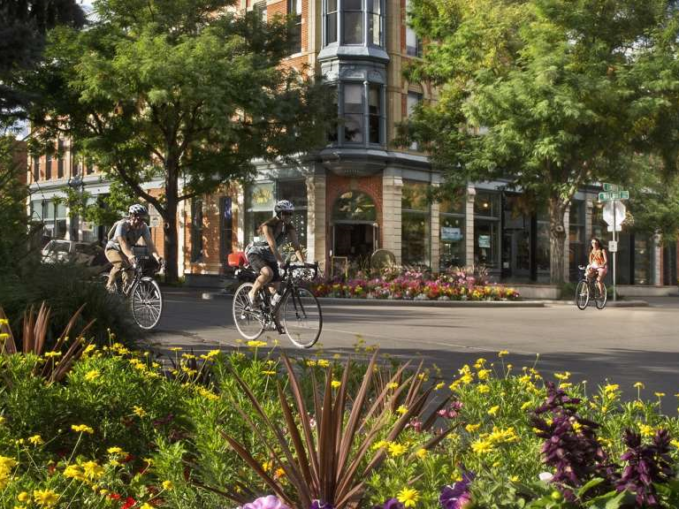 The City of Fort Collins, Colorado won first place last week in the 2020 Green Fleet Award for leading efforts to reduce greenhouse gas and noxious emissions by adopting the use of electric vehicles and alternative fuels, including ethanol, biodiesel, hydrogen fuel cells, and natural gas, and other fuel-saving practices.

Fort Collins’ was among the more than 50 government and commercial fleets from all around North America recognized in the contest’s 13th year. It was the sixth consecutive year that the city was included in the winners’ list. In previous years it had ranked as high as third, and placed 16th in 2015 and 2016.

The runner-up this year was Denver International Airport. Rounding out the list of the top five winners were, in descending order, Dublin, Ohio, Riverside, California, and the Port Authority of New York and New Jersey. The contest is run by Tom Johnson, founder of the 100 Best Fleets award program. The full list of this year’s Green Fleet Award winners is posted on that program’s website.

Johnson said the contest’s judges selected Fort Collins because of its wide-ranging list of environment initiatives, including:

• Use of alternative fuels by 40 per cent of its vehicles;
• Achieving fuel efficiency of at least 30 miles per gallon for 11 percent of its entire fleet;
• The installation of GPS systems in all of its vehicles to monitor fuel efficiency;
• Aggressive campaigns to reduce idling and to promote “right-typing,” the use of the most fuel-efficient vehicle for every task;
• Creating a shared motor pool that reduce fleet size by 50 vehicles;
• Plans to convert all of the city’s police vehicles to hybrid and fully electric power; and
• Removing drive-home privileges from 90 percent of city employees who previously had them.

The Green Fleet Award was Fort Collins’ second this year. In June, it won first place among public fleets in another contest for its vision and efficiency. Following the award, the city issued the following statements:

“The City’s Fleet Services division manages more than 1,400 vehicles from Transfort buses to police cruisers, snowplows and more. Fleet Services also includes four maintenance facilities and nine fuel sites.
“The City has been using alternative fuel vehicles since the early 1980s and was chosen for its environmental initiatives. The City’s fleet consists of 40 all-electric vehicles and 191 vehicles using compressed natural gas.
“’Having alternative fuel vehicles in our fleet means we are showcasing how it can be done for other organizations with fleets. This is part of our EV Readiness Roadmap and in alignment with our Climate Action Plan goals,’ said Michelle Finchum, Interim Climate Program Manager for the City of Fort Collins.”

Johnson said the applications for the contest revealed some new and developing trends. Among them, he said, is the use of portable solar canopies to generate electricity to charge vehicles. Unlike conventional recharging stations, the canopies, he said, have the advantages of not requiring permits and the digging of trenches to be installed.

Like Fort Collins, Johnson said, a number of fleets are also curtailing drive-home privileges, reducing the number of assigned vehicles in favor of pool fleet vehicles, and directing supervisors and drivers to select the most fuel-efficient vehicle for every task.

Contestants are judged by seven criteria, including fleet composition; fuel types used and emissions; policy and planning for future green initiatives; selection of the most fuel-efficient vehicles for fleet tasks; efforts to stay abreast of environmentally friendly technology and best practices; executive and employee involvement; and the breadth and scope of initiatives, including securing grants, recycling programs, maintenance facility improvements and parts purchasing practices.