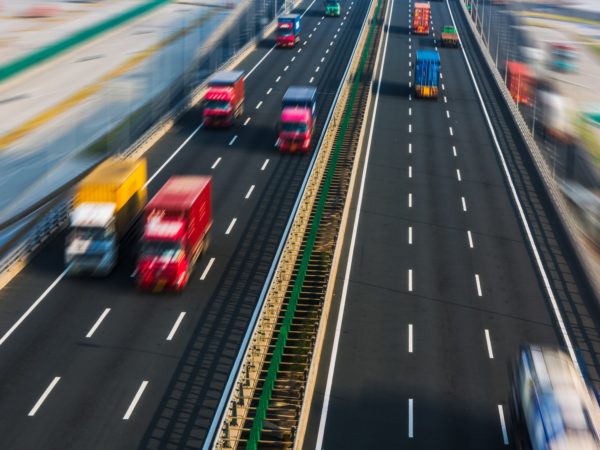 Trucks in the United States produce 25 percent of transportation greenhouse gas emissions even though they only make up 10 percent of vehicles on the road. And the problem is growing — emissions from trucks have nearly doubled in the past 30 years and are slated to increase faster as e-commerce booms.

Fortunately, development in EV technology has led to breakthroughs in electric medium- and heavy-duty vehicles. Today, although supply is still relatively low, there are dozens of battery-electric truck models available in the United States and Canada alone, and that number is increasing rapidly to meet demand. Across the United States, fleets have already committed to deploying over 140,000 electric vehicles.

This report uses real-world observed trucking telematics data from Geotab to investigate which trucks in California and New York can electrify the fastest based on currently available electric truck models.

Our analysis shows that many big trucks in the two states — approximately 65 percent of medium-duty trucks and 49 percent of heavy-duty trucks — are regularly driving short enough routes that they could be replaced with electric trucks that are on the market today.

The report also examines the amount of energy and charging infrastructure that these early electrifiable trucks need, in addition to emissions from the grid under various charging schedules. Regardless of when charging occurs, emissions per mile are less than half (and in some cases less than 10 percent) of those from diesel trucks. California and New York house approximately 14 percent of the truck population in the United States. In the next iteration of this project, the authors will perform a similar analysis for all 15 states that are following California’s lead.

Below, trucking telematics data from Geotab is used as the foundation to calculate energy needs, load curves, and emissions from early trucking electrification.