More Californians Are Putting Their Phones Aside When Behind the Wheel, 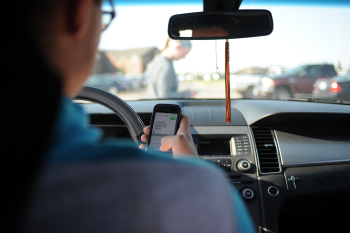 According to a study by the state Office of Traffic Safety, fewer than 4 percent of drivers appear to be picking up and using their cellphones, down from 8 percent last year

The tough new California law, authored by Assemblyman Bill Quirk, D-Hayward, allows the driver to touch the device only once while driving, to “activate or deactivate a feature or function … with the motion of a single swipe or tap of the driver’s finger,” and the phone must be mounted on the dashboard or windshield or console.

Since the law went into effect, California Highway Patrol officers have increased the number of citations they are giving to motorists. CHP data show citation issuance jumped from 66,000 in 2016 to more than 98,000 in 2017. The first ticket a driver receives for an infraction likely will exceed $150.

Read the article at Government Technology.