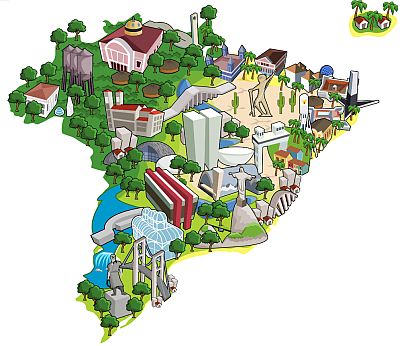 Brazil is home to a number of big-name OEM manufacturing plants, including Fiat Chrysler, Volkswagen, and Ford, and Toyota has announced it will soon make a first of its kind hybrid Corolla there, spurred by new tax incentives. But the economy and auto market, which fared unexpectedly well early this year, are showing signs of weakness, says the CEO of a leading auto internet marketer and fleet IT services provider.

“Consumer confidence was originally high at the start of the year, as president Jair Bolsonaro took office on 1 January. However, more than nine months on and it’s clear some of that new year optimism seems to have evaporated. Many industry analysts have now reconsidered their predictions of a growing economy and are saying it is now unlikely to kickstart in any considerable manner until 2020.

“[W]ith over 13 million people unemployed, fewer drivers want to commit to buying a new car, which has [resulted in] … growth in used car demand…The automotive industry is working hard to reduce [used car] maintenance costs as they can be prohibitive after five years, but progress is slow. OEMs are committed to providing new cars with three-year warranties, but Brazil has yet to see them reaching five and seven years, which is commonplace in Europe.”