How PepsiCo is Creating a Global Telematics Program 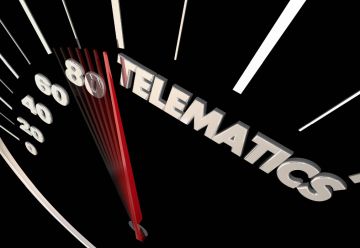 North American fleets that have adopted telematics know both the benefits and challenges to putting them into place.  While the technology has been proven to help increase fuel economy, design more efficient delivery routes and improve fleet safety and driver behavior, it can be difficult for senior management to approve the expense, to implement it and to get driver buy-in.

Those challenges multiply, though, when managers of multinational fleet managers try to create a uniform telematics program across all the countries where the company operates vehicles.  First, there’s the matter of getting commitment and funding from each country subsidiary. But most vexing, though, can be the wide variations in local laws, infrastructure, available in-vehicle technology, and driving culture.

One of the pioneers in taking on those challenges is PepsiCo, the beverage and snack food giant that operates more than 70,000 sedans, trucks, tractors, and other transportation assets in some 200 countries on six continents.  Bob Zimmer, PepsiCo’s senior manager of supply chain fleet technology, is the company’s project point man, and he explained how the company’s going about making it happen in a NAFA webinar last month. (Members can access the archived, hour-long webinar via NAFA’s website.

Zimmer said he starts with getting senior management in each country to back the initiative by making a targeted business case. “It’s important to get that buy-in from the top, because you have to show where the money is going to come from to pay for it, and they need to know what data you’re going to be collecting and how you’re going to use it,” Zimmer noted.

From the fleet’s experience in North America, he said, PepsiCo’s headquarter executives know that the technology has generated impressive savings: millions of dollars in fuel expenses through a 30%  reduction in idling; as much as a 60% reduction in vehicle breakdowns through improved preventive maintenance;  better customer delivery service; greater driver productivity from more efficient route planning; fewer accidents, and a crackdown on out-of-route mileage and unauthorized off-hours use of fleet vehicles.

But headquarters recognizes that when implementing a new telematics program in another country “we’re not going to be able to attack all of those on day one,” Zimmer said. “So [we’ll ask]  the location or region to pick what makes the most sense for them, what’s their burning agenda. [We’ll] focus on that first and then fold in the rest over time.”

Zimmer said, however, that PepsiCo does spell out its priority and preferred data tracking requirements that each country must implement. It places the highest priority on recording data about basic driver behaviors, such as speeding, rapid acceleration, harsh braking, backing activity, and seat belt use.  Where feasible, it also wants overseas fleets to record fuel economy, asset utilization, hours worked and mileage, the latter used to monitor compliance with preventive maintenance intervals and vehicle life-cycling.

Zimmer said PepsiCo’s experience has lead the company to compile a list of best practices for creating a global telematics program. Among them were:

Choose a global provider with a solid performance record in the countries where your fleet operates.

Sort your target countries into categories according to where and when your provider will obtain cellular certification, compliance with all country data privacy laws, and the ability to assure the right level of cyber security. For PepsiCo, it meant initial launches in 15 countries, followed in 18 months by another 12, with another 22 targeted for sometime after 18 months.

Determine how each country will pay for the program. Zimmer said not every overseas fleet will have access to enough money to purchase the necessary hardware. In that case, ask the provider to waive up-front costs and recover them through a higher monthly fee.

Assess each fleet’s equipment to determine what kind of devices will be needed. Zimmer said there are regions of the world where vehicles aren’t equipped for plug-ins to their engine computers.  For them, it is necessary to install hard-wired devices, which are only capable of collecting a limited range of data and so limit which telematics can be used.  You also need to consider installing “ruggedized” devices for fleet vehicles that don’t have enclosed cabs, such as motorcycles and yard equipment.

Provide strong guidelines for hardware installation. If overseas business units don’t employ in-house technicians to install the devices, negotiate with your telematics provider to enable you to hire third-party vendors. In either case, to avoid losses, send all hardware to the installation team, not to vehicle locations, and provide installers with videos and pictures illustrating the proper ways to avoid damage to GPS devices, and to have them installed securely and out of sight.

Document each vehicle installation.  Zimmer said telematics will generate useless data unless documentation is generated that connects each vehicle number with the serial number of the GPS device installed in it. To accomplish that, it’s best to use electronic scanning devices.

Spend the first 90 days creating a baseline.  Zimmer suggested that it takes three months to conduct a kind of shake-down cruise, where you are assured that all the data is flowing and is properly accounted for and that you register a statistical starting point against which to measure fleet progress.

Take your time to do it right. In view of the fact that telematics involves a large number of complex steps and has an ambitious agenda, Zimmer’s final words of advice were, “Go slow and then slow down.”