What You’ll Pay for a Top Safety Pick+ Vehicle 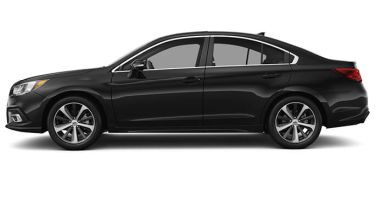 The Insurance Institute for Highway Safety has raised the bar for new vehicles to earn its highest “Top Safety Pick+” designation and most models have to be specially equipped, adding as mush as $11,000 to the base price.

In addition to scoring top “good” marks in full frontal, driver’s-side small overlap, side-impact, roof strength, and head-restraint performance tests, a vehicle has to offer a forward auto-braking system, along with meeting stricter headlamp performance ratings, and a new-for-2018 passenger’s-side version of its small overlap crash test that replicates hitting a tree or pole.

As an example, the Subaru Legacy sedan is one of four of the automaker’s models to earn a TSP+ ranking for 2018 by virtue of its “superior” rated forward auto-braking system and top-performing headlamps, but both are offered only as part of the $2,095 EyeSight Package and only on the top Limited versions. That means a car that’s base priced at $23,055 costs at least $32,050 to obtain the items that earn the Legacy a TSP+ designation.

Read the original article at Forbes.