As the World Embraces Diesels, Americans Still Play Hard to Get 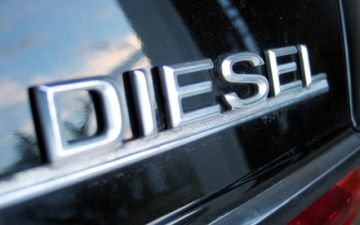 Looking to increase his fuel economy, Roderick Smith of Woonsocket, R.I., who works in information technology, bought a new Volkswagen Golf at the beginning of the year. Unlike most Americans, Mr. Smith opted for a model equipped with a diesel, rather than a gasoline, engine.

“It’s the quietest car I’ve ever owned,” he said.

“Quiet” and “diesel” are two words not usually seen together. When American consumers think of diesel-engine vehicles — if they think about them at all — other words most likely come to mind, like “noisy,” “smoky” and “slow.”

But that has changed. Today’s diesel engines run as clean as gasoline engines, get significantly better fuel economy and may even save their owners money in the long run. And, as Mr. Smith discovered, they are quiet, too.

Diesel-power vehicles have traditionally been offered by European manufacturers; about half of the passenger vehicles sold in Europe run on diesel fuel, compared with less than 1 percent in the United States. With gasoline still costing more than $6 per United States gallon in Britain, any solution that can increase fuel economy is welcomed.

So given a diesel’s improved fuel economy, lower emissions and better acceleration, why the anemic sales in the United States?

Price, for one. Diesel-power cars often cost a few thousand dollars more than their gasoline-power counterparts. Audi’s front-wheel-drive diesel A3, for example, is $2,700 more than its 1.8-liter gasoline equivalent. And Chevrolet’s diesel Cruze costs roughly $1,900 more than its equivalent with a gasoline engine.

Then there is the price of the fuel itself. Diesel usually costs more, and the price can vary widely within a few miles, often as much as one dollar per gallon. The reasons for higher prices vary: higher federal taxes, lower refining capacity or the competition for its use as heating oil.

In addition to the fuel’s higher price, many diesel vehicles, to keep emissions down, also require the periodic addition of an additive called AdBlue, typically through a filler hole next to the fuel line.

Despite the fuel savings, American consumers remain reluctant to buy diesel cars. But a recent study found that they might be missing out on savings in the long run. The University of Michigan Transportation Research Institute found in a study that once the total costs of ownership — including fuel, repairs and the residual value of the vehicle after a certain number of years — are factored in, diesel vehicles typically came out ahead.

Over a three-year period, for example, VW Jetta owners saved $3,128, while a VW Golf owner would save more than $5,000, according to the study, which was financed by the Robert Bosch company, a major auto supplier.

To see the original article, go to New York Times.