Will 2020 Be the Year of the All-Electric Pickup Truck? 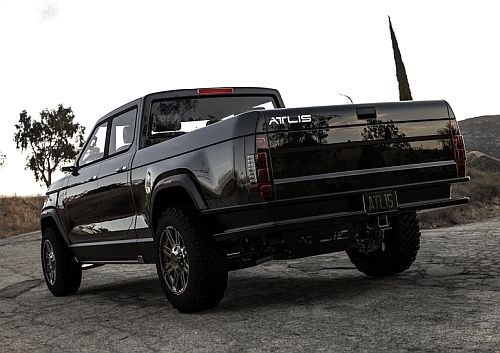 Light trucks are the rock stars of the U.S. auto market. Last year, the country’s three biggest- selling vehicles were all pickup trucks– the Ford F-Series, Chevrolet Silverado and Dodge Ram — and all light trucks (including SUVs) accounted for a record 11.89 million units, or 69 percent of 17.21 million vehicles sold in the U.S. last year. Nearly all of them, though, were propelled by fossil fuels. But the 2020 model year may be a pivot point, with five pickups and two SUVs to be offered or revealed that run entirely on electricity.

The question, though, is will the pickup market buy them? After all, while better fuel efficiency is a selling point, zero emissions take a back seat to a pickup’s ability to haul or tow heavy loads for hundreds of miles between fueling stops. Price and projected total cost of ownership will matter, too. Will the coming e-pickups measure up? Here’s a quick summary of what we know about them (plus two e-SUVs) coming to market over the next 12 to 18 months.

• Rivian R1T. Founded in 2009 and headquartered in Michigan, Rivian has two all-electric models teed up for 2020: the R1T pickup and the R1S SUV. Built on the same platform, they will come with a choice of three different power packs, ranging from 105 kWh to 180 kWh and with what some call a “stunning” set of specs.

Rivian claims all three models of the R1T can carry a payload of 1,764 lbs. or tow 11,023 lbs. Range is between 230 miles for the small battery and more than 400 for the biggest. Depending on the power pack, the R1T is said to accelerate from zero to 60 mph in as little as 4.9 to 3.0 seconds. Price? Rivian says the R1T will start at $69,000 and the R1S at $74,000 before incentives. Expect more, however, for models with the biggest battery, with speculation that the number will be close to $100,000. Both vehicles are expected to enter production next year, can be pre-ordered on Rivian’s official website today.

• Bollinger B2. Like Rivian, this Michigan-based startup Bollinger is rolling out two models based on the same chassis, the B1 SUV and the B2 pickup. Other than in its 1950s-era boxy, spartan styling, in many ways, the all-aluminum Bollinger B2 is a remake of the Chevrolet Avalanche, which was discontinued in 2013. Between a mid- and full-sized pickup, the B2 is equipped with a pair of electric motors and a 120-kWh battery pack that takes 10 hours to recharge. It offers a folding mid-gate that allows the nearly six-foot bed to extend into the cabin (adding more than two feet to the bed’s length in the process).

The company claims the B2 generates 614 horsepower, has a towing capacity of 7,500 pounds, and an estimated driving range of 200 miles. Bollinger expects to begin production next year. The company has not yet announced pricing but said in 2017 that a 100 kWh B1 would have a price tag of about $68,000. Expect a bit more for the B2 with the 120-kWh battery.

• Atlis XT. Atlis is yet another startup, founded in 2016 and based in Mesa, Arizona. It plans to roll out its first vehicle, the XT electric pickup next year, and has bragged that it is among the most capable pickup trucks ever. According to the automaker, with its largest battery back, the XT can travel 500 miles on a single charge and can be recharged in an unheard-of 5 to 15 minutes. In addition to the long range, the XT’s claimed towing capacity is impressive at up to 35,000 pounds. The payload is listed at up to 5,000 pounds, which is equally high.

The Atlis XT is considered a full-size truck and, unlike with the Rivian R1T, a 6.5- or 8-foot bed can be selected, larger than Rivian’s. Its 8-lug wheel design suggests it’s a heavy-hauler too. The company says the vehicle will go into production in 2020 and that pricing for the XT will begin at $42,000 for the 300-mile range model equipped with its smallest battery pack.

• Ford F-150 Electric. Ford announced in January that it plans to make an all-electric version of its F-150 pickup, America’s most popular vehicle. Then, in April, it announced that it made a $500 million investment in Rivian, and that it would use that company’s R1T platform as the basis for the truck, so the specs are bound to be similar to Rivian’s. Ford has yet to announce either projected pricing or specifications.

• Tesla Pickup. Tesla has been talking about an all-electric pickup at least since 2016 and has postponed an unveiling of a concept prototype twice since then, the latest occasion being this past March. Recently, though, CEO Elon Musk stated that the company “might” unveil a prototype this summer, and production in 2020 is looking iffy.

Little is known about what Tesla is planning, but in an interview last November with Vox.com, Musk hinted at “a really futuristic-like cyberpunk, ‘Blade Runner’ pickup truck” with seating for up to six passengers, and between 400 and 500 miles of range. Writing for Digitaltrends.com, auto journalist Ronan Glon said that at one time, Tesla was talking about calling it Model R “roughly the same size as…the Ford F-150 and Chevrolet Silverado…with dual-motor all-wheel driver, a crazy amount of torque, and…a 240-volt outlet to run power tools miles away from the power grid.”

Tesla’s pickup is the most speculative of the five e-pickups discussed here, and Musk has been known to float dreams in the press that don’t always pan out. We’ll have to wait and see if we learn more this summer.

For the record, GM announced this year it plans an entry in the e-pickup market. No details are available yet, but GM is keen to keep up with Ford in the work truck market. So, keep your eyes and ears open. By 2020, we’re sure to hear more from GM.

May 12, 2019Janice
Trucks Charge as They Drive on Germany's First ‘Electric’ HighwayAutomakers Use Crash Scene Investigations to Make Cars Safer