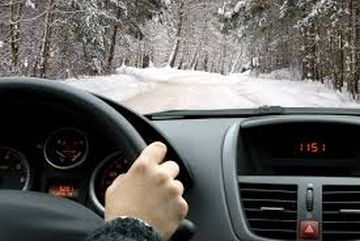 With shoppers flocking to new-car dealers’ at rates not seen since the onset of the Great Recession, and at the most bone-chilling and snow-ridden time of the year, many new-car buyers are taking a closer look at cars and trucks that fare best under extreme climactic conditions. But what kind of vehicle should a weather-besieged car buyer choose?

Aside from the front-drive setup typically found in most mainstream cars and the rear-drive layout many sports and luxury cars employ, nearly a third of all vehicles sold in the U.S. now offer either all-wheel drive (AWD) or four-wheel drive (4WD) as traction-enhancing alternatives.

Which configuration is best for a given motorist depends on any number of factors, none the least of which involves just how severe conditions can become when Old Man Winter is behaving badly. Any motorist can improve his or her existing vehicle’s abilities under adverse conditions simply by changing the tires:

Here’s a quick rundown of the various manners in which today’s vehicles put their power to the pavement:

Front-wheel drive. This is the standard configuration found on most cars and car-based crossover sport-utility vehicles.
• Basic front-drive should suffice for most city and suburban dwellers facing moderate winter conditions.

Four-wheel drive. Before the SUV boom exploded in the 1990’s, most sport-utility vehicles were referred to as “4x4s,”  Back then you had to get out of the truck and manually “lock” the front wheel hubs to send power to all four corners.
• Part-time 4WD.  Typically the most-basic and least expensive type of 4WD system, the engine powers only the rear axle until the driver pushes a button or shifts a lever to additionally engage the front wheels.
• Full-time 4WD is likewise offered on many pickups and truck-based SUVs; it allows a driver to choose between rear-drive, 4WD and a safety minded “automatic” mode that engages the front wheels as needed when sensors detect wheel slippage
• Permanent 4WD includes the aforementioned automatic system, but offers no two-wheel-drive option. To some degree all wheels receive power at all times. is still offered on a handful of models like the Nissan Frontier pickup and Jeep Wrangler SUV

All-wheel drive. Available in many passenger cars, virtually all car-based crossover sport-utility vehicles, a few truck-based SUVs and one minivan (the Toyota Sienna),

Keep in mind that no matter with which drive system a given car or truck is equipped, there’s no violating the laws of physics.

Read the Forbes story in its entirety.

Jan 11, 2015connieshedron
Carmakers Take a Hint From TabletsFleetmatics Wins Gold for Best in Biz Awards 2014 "Product Line of the Year"