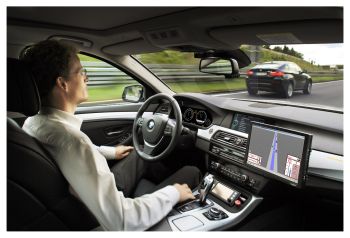 The race to create the self-driving car continues at a feverish pace, with major players pumping billions into the effort.

But Kevin Delaney, editor-in-chief and co-CEO of Quartz, said that when it comes to autonomous vehicles, “we’re heading towards hell.”

“These cars are not safe yet,” Delaney said. “There are five levels of autonomous vehicle safety, according to the U.S. government’s certification, and right now, at best, we’re at level two. What this means is that people need to be keeping their hands on the wheel, they need to be keeping alert to avoid accidents.”

That’s not the only potential problem. “What researchers have found is that when people have access to cars driving that require less effort and money, they actually drive a lot more,” Delaney said. “So the traffic that we experience today is likely to get a lot worse.”

Read the article at CBS News.