Volkswagen CEO Herbert Diess on the Race to Electric, the Chip Shortage and Elon Musk 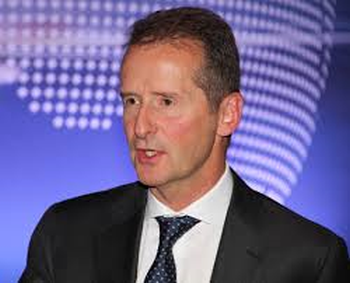 CEO Herbert Diess wants electric cars to make up half of the Volkswagen Group’s sales in 2030, and 100% of its sales in major markets should be zero-emission by 2040. To achieve those goals, he has to dramatically shift one of the world’s largest carmakers away from the internal combustion engine.

The chip shortage has gotten worse. The back ends of the suppliers are mostly based in Malaysia, and three plants were hit hard. Diess thinks that they will overcome this situation towards the end of the month, and then they should see relief. Semiconductors will be on short supply probably for several months.

Diess see a much bigger transition for the industry when cars are becoming autonomous, because cars will be used differently, used by more people. There’s a lot of of business potential and it’s still a long way to go. Their first fleets probably will come to market in 2025, and the first private cars driving autonomously also in 2025 or 2026. But it’s now time to invest, and to prepare. And that’s what we are doing.

Read the article at CNN Business.

Sep 12, 2021connieshedron
Exclusive: We Drive the 2022 Rivian R1T Off-Road Across the Trans-America Trail, Part 1The Screen in Your Car Is Beckoning