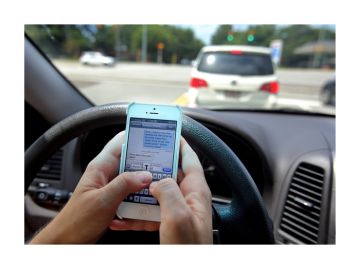 Uber announced today that it will monitor some of its drivers’ behavior for things like excessive speeding or distracted driving. Starting with a trial in Houston, the program will use Uber drivers’ own smartphones to provide data to the company.

The phone’s sensors can detect phone use or other bad habits while driving.

The company will use a phone’s gyroscopes, accelerometers, and GPS to record whether drivers break speed limits or play with their phone while the vehicle is in motion. But in this trial, Uber will only access that data if a customer has a complaint about driving standards.

Always-on monitoring of driving standards may come later, according to Uber Chief Security Officer Joe Sullivan. For now, the initiative is about being able to fact-check complaints and keep the company’s rating system on the rails.

Distracted driving is a serious problem, and it’s responsible for much of the push toward self-driving cars in the US. As companies like Zendrive have shown, the sensors in smartphones today are very capable of assessing whether a phone is being used while traveling in a car.