In the U.S., VW Owners Get Cash. In Europe, They Get Plastic Tubes. 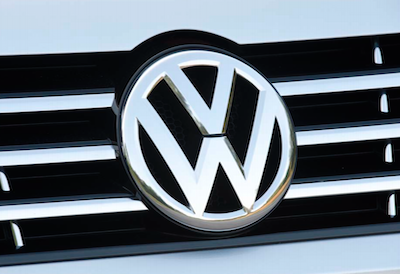 The startling gap in treatment is the result of European laws that shield corporations from class-action suits brought by unhappy consumers.

Now a group of online legal start-ups wants to change the status quo.

Lawyers in Berlin, Paris and elsewhere in Europe are teaming up with new online services to recruit clients en masse and try to get around the usual restrictions on consumer lawsuits. If they are successful, the cost to Volkswagen will dwarf the company’s $15 billion settlement in the United States.

The campaigns are attracting people like Jürgen Franz, a retired advertising executive in Munich who says his Volkswagen, a diesel Tiguan sport utility vehicle, burns more fuel after a software update that was part of a mandatory recall. He drives the same route every morning and now fills his tank more often.

“Why are they getting so much and we’re getting nothing?” Mr. Franz said of American owners.

Plaintiffs’ lawyers hope the efforts will signal a turning point in European jurisprudence, opening up a clearer path for aggrieved customers to join forces across borders to sue big corporations. The case could be the largest consumer action of its kind in Europe.While laws vary, most European countries do not allow large class actions of the variety that led to the $15 billion settlement in the United States. Nor do many European countries, including Germany, allow lawyers to work on commission, so customers who sue companies risk paying not only their own legal fees but also the other side’s if they lose.

Owners’ representatives in Europe are seeking a maximum of 5,000 euros per car, or about $5,600, much less than in the United States. But even that figure could be financially devastating. There are 8.5 million tainted diesels in Europe, compared with about 500,000 in the United States that are covered by the settlement.

So far, only a fraction of Volkswagen owners in Europe have banded together, but more are signing up. Those claims are just one front in an expanding global onslaught of litigation against and official investigations into Volkswagen stemming from its emissions cheating, including ongoing criminal inquiries in the United States and Germany.

Read more of the original article in The New York Times

Aug 22, 2016connieshedron
You Too Can Be a Signal Superhero! Reduce Incidents and Save Lives With the Power of One FingerTesla Owner in Autopilot Crash Won't Sue, But Car Insurer Might