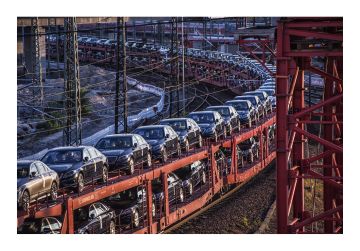 Analysts wondered whether Trump’s auto announcement wasn’t both an effort to gain leverage in stalled trade negotiations and a play for votes in the industrial north — Michigan, Pennsylvania, Ohio and Illinois.

“There is no vehicle manufactured in the U.S. today that doesn’t have at least one part from outside the U.S.,” Dave Sullivan, manager of product analysis at AutoPacific Inc. said. “Every vehicle assembled today requires a logistical symphony due to the far corners of the world that some parts come from. With the exception of Tesla, every vehicle manufacturer imports and exports vehicles based on U.S. consumer demand. GM and Ford have vehicles that come from Asia or Europe. Some are so low volume that they don’t warrant manufacturing capacity in the U.S. to support it.”