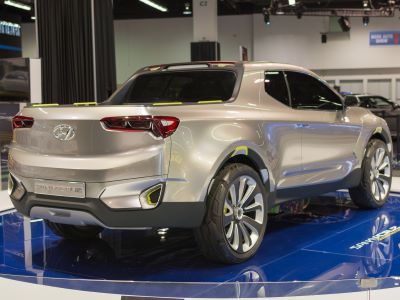 June 3, 2022 – The favorable return of the compact pickup truck is under high scrutiny at Toyota, as the Japanese automaker is looking at the possibility of introducing a small unibody pickup of its own to compete against the Ford Maverick and Hyundai Santa Cruz.

Toyota is no stranger to small trucks. The original Toyota Truck was known for its mini shape, reliability, efficiency, and simplicity. But as customers’ demands changed and safety regulations got stricter, the Toyota Truck lost its compact shape. The new truck, however, could bring back all those charms, along with Toyota’s potent reputation for building rugged, reliable pickups.

Toyota’s mini truck likely would share its version of the TNGA platform with the Toyota RAV4 and Toyota Venza, and could have the flexibility of offering gas, hybrid and even plug-in hybrid powertrains.