Toyota Bet Wrong on EVs, so Now It’s Lobbying to Slow the Transition 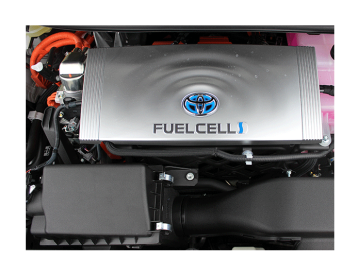 For years, Toyota was a leader in eco-friendly vehicles. Its efficient cars and crossovers offset emissions from its larger trucks and SUVs, giving the company a fuel-efficiency edge over some of its competition. By May 2012, Toyota had sold 4 million vehicles in the Prius family worldwide.

The next month, Tesla introduced the Model S, which dethroned Toyota’s hybrid as the leader in green transportation.  While Toyota invested in Tesla, it saw the startup not as a threat but rather a bit player that could help Toyota meet its EV mandates. Yet, Toyota hadn’t picked up on the subtle shift that was occurring and wrongly thought the world would need gasoline for several more decades.

In tethering itself to hybrids and betting its future on hydrogen, Toyota now finds itself in an uncomfortable position. Governments around the world are moving to ban fossil-fuel vehicles of any kind, and they’re doing so far sooner than Toyota anticipated. With EV prices dropping and charging infrastructure expanding, fuel-cell vehicles are unlikely to be ready in time. In a bid to protect its investments, Toyota has been strenuously lobbying against battery-electric vehicles. But is it already too late?

Read the article at Ars Technica.

Aug 1, 2021connieshedron
The High Prices of Used Cars May Finally be DroppingActionable Data: Creating a Holistic View of the Driver