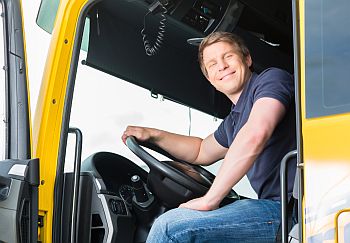 By Fred Fakkema, Vice President of Compliance at Zonar

Editor’s note: The fleet industry is facing a growing shortage of talent in a number of areas, from managers with fleet experience to repair technicians and truck drivers. Here, one industry insider takes a broad look at how fleets can counter that trend and attract the talent they need.

Between a rapidly aging workforce and turnover rates of close to 90 percent, the American Trucking Association estimates that the U.S. trucking industry could face a shortage of 175,000 drivers by 2026.

Industry experts have cited many reasons for this state of affairs, including long hours, complex new Federal Motor Carrier Safety Administration (FMCSA) standards and regulations, and the perception of trucking as an outdated industry by a younger population. But as a former Washington State Patrol trooper, I have seen the need for digital transformation and updated regulations, and the considerable difference they can make when properly implemented.

In fact, updated regulatory and technology standards can be part of the solution to the driver shortage – if the companies and organizations involved know how to advocate for, and implement, them properly.

Support the DRIVE-Safe Act
When my son first joined the military, he could drive trucks in a foreign country but could not legally drive a truck across state lines in the U.S., due to the current interstate commerce laws. Because we live in Washington State, he could have applied for his commercial vehicle license at 18 but would have only been allowed to drive a truck within his home state’s borders for the next three years.

Three years may not sound like much for older drivers, but it may be a deterrent for new graduates who want to defer going to college or are researching potential careers outside of the traditional 9-to-5 desk job. By the time trucking is an option, many are going to school or training for another vocation.

To help open the doors for interested drivers, the Developing Responsible Individuals for a Vibrant Economy Act, or DRIVE-Safe Act was introduced last year by California Representative Duncan Hunter and Indiana Representative Trey Hollingsworth. In addition to existing tests, the DRIVE-Safe Act would require drivers between 18 and 29 years of age to complete a 400-hour apprenticeship with experienced commercial truckers before allowing them to drive alone between states, adding a much-needed educational dimension to becoming a full-time truck driver. It’s supported by no less than 42 trade associations, with the American Trucking Associations (ATA) and International Foodservice Distributors Association (IFDA) leading the way.

While the FMCSA is trialing a pilot program for younger drivers, the DRIVE-Safe Act is currently with the House Subcommittee on Highways and Transit. If the industry wants this to move forward, it needs to raise its voice – this means reaching out to the ATA and other organizations, and even writing letters or calling respective Congressional representatives to find out if they support the act. After all, our industry needs an influx of new talent, motivated talent. If Americans can drive a vehicle or join the military at 18, why not make joining the trucking industry an option as well?

Modernize Your Technology
For all the ink spilled over how the trucking business can attract younger talent, one crucial method is often curiously overlooked: updated technology. Both Millennials and Generation Z – teenagers to adults in their mid-30s – have grown up with pervasive technology, and studies have shown they’re less interested in benefit packages than an appealing work environment.

By adopting technology that can automate or streamline repetitive or time-consuming tasks, companies can create a work environment geared towards a younger demographic. One of the benefits of the ELD mandate is the ability to automatically and accurately record driving time and miles driven instead of requiring truckers to record them manually. Yet despite advances in ELD technology and an upcoming deadline for adoption, as of last year more than 30 percent of trucking companies still weren’t using ELDs.

Imagine yourself as a recent graduate. You’ve grown up in a world of smartphones, with apps that act as your task list, count the number of steps you’ve taken, and track your spending. Given how much we all rely on technology in our lives, it’s doubtful anyone would really want to clock into work and be forced to manually keep track of information that could be automatically and more easily captured. Technology can free up drivers to focus on the road and the safety of those around them.

Businesses should strongly consider investing in updated technology and emphasizing their digital savvy, not only to the benefit of their bottom-line, but also to help appeal to younger audiences.

Train Your Workforce
On the other side of the generational coin, many trucking companies have a sizeable workforce to preserve. Operators in their 40s and 50s have a wealth of knowledge and the depth of experience and skills that can only be found through time on the road. As you digitally transform your fleet, make sure you have robust training in place so that your veterans aren’t behind. Reimburse them for classes in vehicle operation and repair, schedule in-depth and live training on new technologies that will make their routes easier and encourage mentorship opportunities between new and more experienced drivers to share the wealth of knowledge and re-energize your staff. Skilled drivers are an asset to any organization, so the trucking industry needs to ensure the care and support of the current workforce.

Too often trucking is dismissed as a vehicle in its death throes, thanks to the development of autonomous vehicle technology, but as anyone with a passing knowledge of the subject knows, true self-driving trucks are decades away. In fact, even Uber has acknowledged that “dock-to-dock” runs are a long way off, and autonomous vehicle technology is designed to complement human drivers, not replace them. Technologies like in-cab video coaching or may even help lessen the chance of an accident through real-time instruction, as well as decrease time spent on repetitive tasks.

By investing in the latest available technology, a trucking company signals its ability to “future-proof” itself while realising the full financial benefits of digital transformation. But investing in people is just as crucial – by taking advantage of new technology and educational opportunities, a business can harness the wisdom of its veterans and attract even more to the industry.

Fred Fakkema joined Zonar in 2010 after a 25-year career with the Washington State Patrol (WSP). During his career, he commanded the WSP Academy, Government and Relations Division and the Commercial Vehicle Division. He is the Past President for the Washington Chapter, FBI National Academy Associates. Fred is a member of the American Trucking Association (ATA) Safety Policy Committee, Association of Equipment Management Professionals Safety Committee, Truck Renting and Leasing Association’s Government Relations Committee and Equipment Technology Advisory Council. Fred earned his Master’s Degree in Public Administration from the University of Washington.

In this current role as Vice President of Compliance, he leads Zonar’s product development to meet the needs of customers today and tomorrow. Over the last twenty-four months, Fred has been deeply involved in the ELD (electronic logging devices) mandate, from the policy level down to the compliance level for Zonar’s tablet.