The Ten Most Dangerous Roads In The World, And How Self-Driving Cars Would Fare 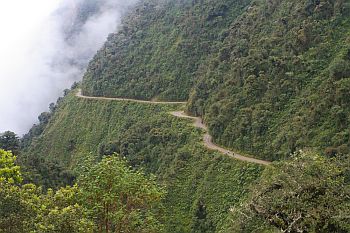 Will we have AI self-driving cars that will allow us to take a wild ride on a dangerous road, doing so by telling the AI to maximally take risks on such roads, giving the humans quite a thrill (one presumes)?

For now, the automakers and self-driving tech firms have their hands full with getting self-driving cars to safely take people to the local grocery store, and thus this inquisitiveness about coping with especially dangerous roads is considered an edge or corner case (not something to be dealt with right now).

In the future, you might see advertising for brands of AI self-driving cars that showcase they can readily drive on scandalously dangerous roads, which might become a marketing pitch to differentiate one AI driving system from another. Take a look at a recently reported list of the Top Ten alleged most dangerous roads in the world.