The Number of Miles Cars Travel is About to Explode 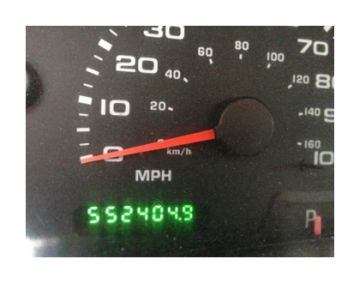 Some forecasters have predicted that vehicles sales will fall in the future because urban-living millennials—and more importantly, the generation that follows them—don’t value car ownership. Instead, they younger generation will increasingly use alternatives like Uber, Lyft, and Daimler’s car-sharing service Car2go.

The advisory arm of KPMG says this shift will cause an interesting side effect—and not the death of automakers as some predict. While car ownership—and in turn, sales may decline—the number of total annual vehicle miles driven will soar.

U.S. cars will travel one trillion additional miles annually by 2050, or 35% more than the roughly 2 trillion miles traveled in 2015, according to KPMG. The company’s research, which consisted of consumer focus groups in Atlanta, Chicago and Denver, found that millennials and “baby boomers plus,” who range in age from 45 to 75, will be largely responsible for the increased driving.

“I’m not sure people understand the enormity of the change, nor are we ready for it,” says Gary Silberg, national automotive leader for KPMG. In KPMG’s view, this is a huge opportunity for the automotive industry. It will also require a business model that generates profits through tailored premium experiences inside a vehicle. Each age demographic will have their own view of what premium experiences mean. For instance, millennials might pay for a rolling office or a moving entertainment center, the report suggests.

What’s striking about KPMG’s projections is that they’re based on increased driving by the two ends of the consumer age spectrum: the very young and old. The folks in the middle, people who represent the bulk of drivers, weren’t included in the study, Silberg told a crowd at the Los Angeles Auto Show’s Connected Car Expo.

For instance, more kids between the ages of 10 and 15 will use ride services like HopSkipDrive to get where they need to be. On the flip side, seniors will increasingly tap into on-demand ride-hailing services such as Uber and Lyft.

If self-driving cars take off— and KPMG expects that to occur over the next two decades—we could see twice as much demand, the company says.

Read more of the orginal article in Fortune.

Nov 21, 2015connieshedron
Volvo 'Time Machine' Revolutionizes The Way We Won't DriveSupporting Employees to Do Their Best