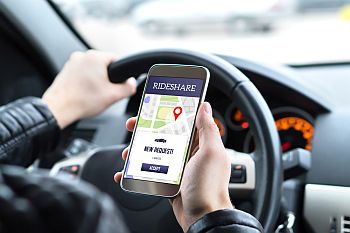 Uber and Lyft have built up massive fleets of workers over the years by treating them as independent contractors, who are paid on a gig-by-gig basis. But a new law which went into effect this year in California, threw a wrench into the model.

The amount of financing behind the ballot measure — the most expensive proposition in the state’s history according to Ballotpedia — underscores how important its passage is to the future of the businesses.

Gig companies are fighting back with Proposition 22, the App-Based Drivers as Contractors and Labor Policies Initiative. If it passes, ride-hail and delivery drivers would continue to be treated as independent contractors with some benefit concessions granted by the proposition. If it doesn’t pass, these workers would likely be considered employees who are entitled to a minimum wage, overtime pay, workers’ compensation, unemployment insurance and paid sick leave.