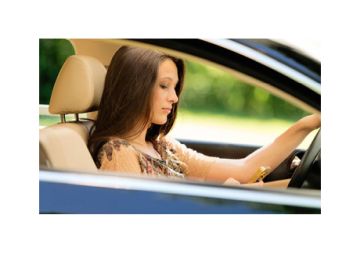 If you know anything about Millennials, it’s that they love their smartphones. They love them so much, in fact, that they refuse to drive without them.

According to AAA, two-thirds of drivers ages 19 to 24 have read a text message or email while behind the wheel in the last thirty days.

That’s bad. But before you get all wound up about the wayward youth, look at the rest of the AAA Foundation for Traffic Safety’s latest annual Traffic Safety Culture Index.

According to the self-reported survey of 2,511 licensed drivers 16 and older, the problem’s all over the age spectrum.

More than 40 percent of respondents admit they’ve used their phones while driving; nearly a third say they’ve taken the time to send a text or email behind the wheel. Oh, and 81 percent responded that kind of behavior poses a “very serious threat” to their personal safety.

Meanwhile, US road deaths rose six percent in 2016, to a harrowing 40,200, according to the National Safety Council. The latest data from the Centers for Disease Control and Prevention shows injuries from distracted driving-caused crashes jumped 10 percent between 2011 and 2013.

No amount of fist shaking or age shaming will fix this problem. Banishing distracted driving demands an engineering solution.

“Don’t get me wrong: Driver education and the understanding of the risks involved are critical,” says Charlie Klauer, who studies driver distraction and fatigue at the Virginia Tech Transportation Institute. “But the solutions here are probably technology, and designing uses so that drivers can keep their eyes on the forward roadway while they engage in some of these things.”

For researchers, product designers, and policymakers, the challenge is to figure out how to allow people to use tech (which they’re going to do no matter what) without killing themselves. “If they must, if they simply must, it’s better to do it in a way to keep their eyes on the road,” says Klauer.

Fixes are in the works, and have been for a few years. Many phones now come with a “driving” mode that blocks things like incoming calls. You can buy anti-distraction apps. Hands-free and voice-activated texting, navigation, and calling reduce the likelihood of a crash, but they’re not perfect—any technology that forces drivers’ eyes to slide from the road, even for just a moment, increase risk of an incident. (You could also just throw your phone in the goshdang trunk like an adult.)

The real problem here is that scientists are still working out the vagaries of multitasking—that whole mind/body connection thing. Turns out, driving distracted is complex. Scientists know brains can handle a finite cognitive load, which is why dividing one’s attention between, say, watching Twitter and writing this article, or driving and Snapchatting, means doing both sub-optimally. But what’s an acceptable level of distraction? And can anyone eliminate the problem altogether?

Read more of the original article at Wired.com.