Texting and Driving — A Dangerous Cocktail 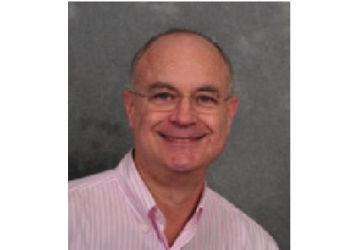 The meeting is over and you are enjoying a little peace and quiet as you drive to your next appointment. It is mid-day, not a cloud in the sky, and the radio offers a little relaxing music. As you watch the oncoming car your concern increases; it is slowly veering to its left, into your lane, completely ignoring the yellow lines. You initially see the top of the driver’s head, and as the approaching driver raises his eyes to the road, you see a combination of fear and startled recognition. He quickly jerks the steering wheel to the right to correct the car’s path. As he passes, the cell phone is still clutched in his right hand; the driver is oblivious to the danger of his actions. It is now part of everyday driving.

Texting and driving is a dangerous cocktail. Everyone talks about it, but are policies being created to protect the drivers, the passengers, the company and the public? Cell phones are the savior of time and the killer of drivers. Instituting a no-text policy is no longer a discussion item; it should be mandatory for all corporate fleets.

To assist in the internal discussions, I looked into the research, the statistics and the current legal environment in the US, Europe and Asia. Below is a guide to assist fleet managers in convincing any naysayers to this life-saving policy.

One of the earliest research studies into text-driving was published in 2006, when Simon Hosking reported from Monash University Accident Research Center in “The Effects of Text Messaging on Young Novice Driver Performance.”  The study concluded, “…retrieving and, in particular, sending text messages has a detrimental effect on a number of safety-critical driving measures…when text messaging, drivers spent up to 400 percent more time with their eyes off the road than they did when not text messaging. While there was some evidence that drivers attempted to compensate for being distracted by increasing their following distance, drivers did not reduce their speed while distracted, which could increase their risk of being involved in a crash…These findings highlight the need for mobile phone safety campaigns to target the young driver population…to minimize the use of these devices among this population.”

The statistics since that study amplify the compelling argument that all fleet managers should institute a complete and total ban on text-driving:

• Texting while driving is now the leading cause of death among teenagers – surpassing drinking and driving, according to a study by Cohen Children’s Medical Center.
• As reported by thee US FCC, in 2014, there were 3,179 people killed and an estimated additional 431,000 people wounded in motor vehicle crashes involving distracted drivers. In addition, 18 percent of injury crashes, and 16 percent of all police-reported motor vehicle traffic crashes were reported as distraction-affected crashes.
• A 2015 Erie Insurance distracted driving survey reported that one-third of drivers admitted to texting while driving, and three-quarters saying they’ve seen others do it.
• Safety is compromised when a driver removes his eyes from the road for greater than 2 seconds According to a Journal of Adolescent Health study, at 55 mph, the average time your eyes are off the road while texting is enough time to cover the length of a football field;

According to textinganddrivingsafety.com, some do not think it is a problem while driving:

In response to the concerns and data, numerous countries have instituted bans on text-driving; with the ban in Europe and Asia beginning in 2001, predating those in the United States. European countries that currently ban text-driving include France, Germany, Greece, Ireland, Italy, Poland, Russia, Spain, and the UK Europe, plus India, Israel Japan, Philippines, South Korea and Turkey in Asia.

In the US, Washington was the first state to institute a text-drive ban in 2007. There are currently 46 states with the ban, with Montana, Missouri, Texas and Utah the only states without these restrictions. Even with over 90% of the states banning this activity, fleet managers should require all drivers in every state to completely abstain.

It is interesting that while every state and corporation address drunk driving, text-driving is sometimes ignored; yet the data indicates it might be more dangerous. According to a Car and Driver Magazine study, ”Sober, focused drivers took an average of 0.54 seconds to brake. For legally drunk drivers, four feet needed to be added (for a complete stop). An additional 36 feet was necessary for reading an e-mail, and a whopping 70 feet was needed for sending a text.”

Prior to launching his own company, JS Consulting, Jeff Schlesinger served as Senior Vice President & Managing Director at GE Capital Fleet Financial Services, where he developed its go-to-market strategy for all international prospects and customers. You may direct your comments and questions to him at Jeffschlesingerconsulting@gmail.com