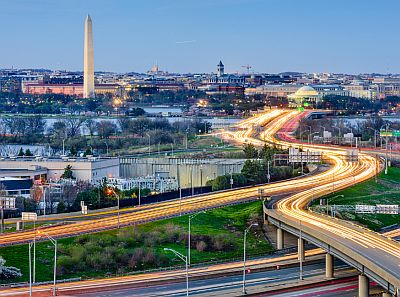 As portions of American’s return back to work, Teletrac Navman, a global software-as-a-service provider that leverages location-based technology and services for managing mobile assets, has issued its first comprehensive look at commuting in the U.S. The new Teletrac Navman Commute Index (TNC Index) takes the 50 most populous cities in the nation and applies seven key factors, including commuter volume, commute time, accident rates and road quality to provide a unique commute quality rating.

Neighboring metropolises Washington, D.C. and Baltimore top this list at Nos. 1 and 2, respectively, while the Bay Area cities of San Francisco and San Jose, Calif., also have the unwanted distinction of making the Top 10 at Nos. 5 and 8, respectively. Major American cities – including Los Angeles, Philadelphia, New York City and Chicago – have made the Top 10 as well.

“With millions of Americans returning to work this summer amid the staggered reopening across the U.S. from COVID-19, we wanted to get a clear look at commuting in the country’s biggest populations,” said Carlos Caponera, head of global marketing for Teletrac Navman. “We are very passionate about mobility safety and developing solutions for those who rely on fleet vehicles, and while it’s great that the economy is trying to come back to normal, it’s important to remember that driving during peak times can be stressful and to take precautions that limit driving stress which is known to negatively impact driving safety.”

The Teletrac Navman study analyzes key metrics such as the total number of hours people in these cities lose to traffic congestion during peak commute times as well as the percentage of commuters who drive more than an hour to work each day.

The study also looks at safety by comparing automotive deaths and population. Interestingly, New York City and San Francisco were the top two safest cities, respectively, according to this metric while also holding those same top spots as the communities with the highest percentages of commuters driving a minimum of an hour per day to and from work.
When weighted by Teletrac Navman’s unique methodology, the TNC Index found the overall worst commutes to be the following cities:

“By compiling and analyzing the data with our expertise in tracking mobility trends and automotive functionality, we’ve set an effective baseline by which future commuting experiences can be gauged,” said Marco Encinas, senior product manager at Teletrac Navman. “Our company is all about providing clients with actionable insights to better manage their vehicles and drivers that they can also use to avoid stresses related to prolonged periods on the road. The health and safety of our customers and those whom they share the road with is a high-priority for us, and some of our product features such as routing optimization and hours-of-service monitoring can help mitigate commute-related stresses on the driver and vehicle.”

View the infographic detailing the Teletrac Navman report, including the TNCI ranking of all 50 cities.