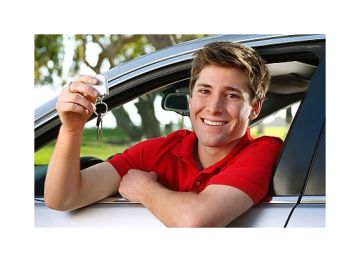 In nine out of 10 cases, if you’re talking about highly motivated parents, the message to Mom and Dad is: back off, chill out, park the helicopter.

Recently, I stumbled onto a topic in which the advice was the exact opposite

Among the people who know what they are talking about, the unanimous message to parents is: You’re not worried nearly enough. Get much more involved. Your child’s life may be in danger.

“If you’re going to have an early, untimely death,” said Nichole Morris, a principal researcher at the HumanFIRST Laboratory at the University of Minnesota, “the most dangerous two years of your life are between 16 and 17, and the reason for that is driving.”

In 2013, just under a million teenage drivers were involved in police-reported crashes, according to AAA. These accidents resulted in 373,645 injuries and 2,927 deaths, AAA said. An average of six teenagers a day die from motor vehicle injuries, according to the Centers for Disease Control and Prevention.

Charlie Klauer, a research scientist at the Virginia Tech Transportation Institute, said her research suggested the numbers were even higher because many teenage accidents go unreported. “We believe one in four teens is going to be in a crash in their first six months of driving,” Dr. Klauer said.

How to address this problem is not as simple as it seems, especially as technology has taken over teenagers’ lives.

One father I know bought his son a manual-transmission car because it required him to use two hands, to eliminate the option of using a cellphone. I recently overheard a conversation between my sister and her 16-year-old son in which she reminded him not to text while driving, and he replied, “But I’m using Google Maps, and the text pops up automatically on the screen.”

So what’s a parent to do, especially one who knows teenagers are always one step ahead of any rules they try to impose?

Friends don’t let friends drive with them. When I asked Dr. Morris what parents should be most worried about, she answered definitively, “Other passengers.” Adding one nonfamily passenger to a teenager’s car increases the rate of crashes by 44 percent, she said. That risk doubles with a second passenger and quadruples with three or more.