Survey: State Fleets Score High Marks in Many Management Categories, but Show Some Room for Improvement in Others 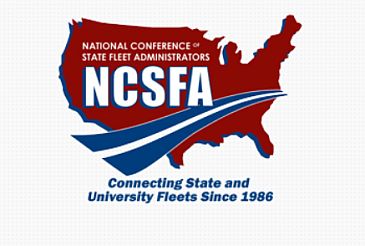 This year’s survey by the National Conference of State Fleet Administrators (NCSFA) confirmed that most state and public university fleets follow best practices in many areas, but also found room for improvement in their acquisition and safety programs and their use of telematics.

The organization received complete responses from 27 state governments and agencies and 17 public universities, with more than 207,000 vehicles, from class 1 through 8, under management. Many of the fleets comprise law enforcement vehicles in addition to civilian assets. Results from the survey, which was managed by the fleet consulting firm of Mercury Associates, were presented at the NSCFA’s State Fleet Managers’ Workshop in New Orleans at the end of September.

The survey revealed the following profiles of the fleets:

On the plus side, the survey found that among surveyed fleets:

Meanwhile, the survey found room for improvement in the following areas:

The report also cited a troubling trend affecting the fleet industry in general:  a net loss of technician talent due to retirements and fewer young people entering the field while vehicles are becoming increasingly complex and costly to obtain and maintain.  In response, the industry hasn’t invested enough in finding new talent, according to the report.

The NCSFA said in its presentation that the purpose of the survey is to “inform and educate NCSFA members and other fleet professionals about industry conditions, practices and trends; identify and establish consensus on standards of measurement that are relevant to government fleets; and continue to build on NCSFA’s position as a respected source of information on government fleet management practices and performance measurement.”