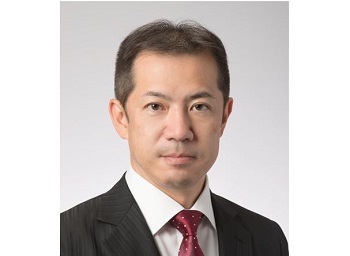 Automotive finance, leasing and fleet software provider, Sofico, has made a new senior management appointment at the head of its Sofico Services Japan division. Sofico, whose leasing and fleet management systems manage more than 1m vehicles around the world, has appointed Tatsuya Tomita as Representative Director, replacing Shane Curran, to head up its growing operation in Japan.

Mr Tomita has a strong background in managing services teams at software companies, having gained experience in industry specific package solutions through a variety of roles at major blue chip companies including Nippon Steel, PwC, IBM and SAS. He has a strong technical background and has quickly developed in a number of implementation consultancy roles and as a manager.

Sofico Services Japan (SSJ) opened an office in Tokyo in 2012 in its first venture into the Japanese market, one it sees as being crucial in its planned expansion within Asia-Pacific.

Japan has a large, mature and very sophisticated fleet market where Sofico believes its mainstream Miles fleet management software system can make a good fit, due to its flexibility and adaptability to deal with local regulations and taxes. However, to make a lasting impression in the Japanese market, the company felt that it required a local office, staffed by local employees, and with a strong local presence. From a start-up with three employees, the company now employs 20 full time staff.

Koenraad Van Grimbergen, Sofico’s CEO Asia Pacific, said: “We are delighted to welcome Tatsuya Tomita to the senior management team at Sofico. Three years ago, we made a strategic decision to invest in the Japanese market. We set up a Japanese subsidiary with an office in Tokyo. This local presence demonstrated our strong commitment to the Japanese market. These investments are now starting to pay off, as we are in the middle of completing our first two implementations for major Japanese organizations. Under Tomita’s guidance, we now look forward to providing our services and expertise to more Japanese companies in the future.” he said.