Simon Sinek: ‘A Visionary Thinker with a Rare Intellect’ to Keynote at NAFA I&E 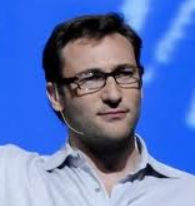 Sinek offers an unconventional perspective that explains why some people and organizations are more innovative, more profitable, command greater loyalty and – most importantly – are able to repeat their success again and again. His unconventional and innovative views on business and leadership have attracted international attention, and earned him invitations to meet with leaders in a wide range of sectors, including technology, the military, and government.

“You may say Simon’s an optimist, but he’s not the only one,” said NAFA’s Executive Director, Phillip E. Russo, CAE. “His vision for innovation and inspiration is sure to strike a chord with our attendees.  Fleet managers are used to being tasked with doing more with less – a situation that relies on creativity and strong leadership skills.  Sinek’s presentation is a perfect complement to the Professional Development educational sessions that are a major component of this year’s conference.”

A trained ethnographer, Sinek is an adjunct staff member of the RAND Corporation, one of the most highly regarded think tanks in the world, and teaches graduate-level strategic communications at Columbia University. He has spoken to a wide array of clients, including Microsoft, Mars, Intel, 3M, the United States Military, Members of the United States Congress, the Ambassadors of Bahrain and Iraq, multiple government agencies, and entrepreneurs. He has also presented at the United Nations, to the senior leadership of the United States Air Force, and to the senior leaders of NASA. The talk that he gave at his first TEDx event, “How Great Leaders Inspire,” is one of the most shared TED Talks on TED.com.

In addition to his speaking engagements, Sinek is the author of bestsellers: Start With Why (2009) and Leaders Eat Last (2013).  He also frequently comments for the press including such media outlets as The New York Times, The Wall Street Journal, The Washington Post, Houston Chronicle, FastCompany, and NPR, and is also a regular contributor to The Huffington Post.

NAFA’s annual conference will take place April 8-11, 2014 in Minneapolis, MN.  The four-day conference is the fleet management event of the year with more than 60 hours of educational sessions, an expo floor featuring over 250 exhibitors with the latest products and services, great networking opportunities, and the presentation of the Fleet Excellence Awards.