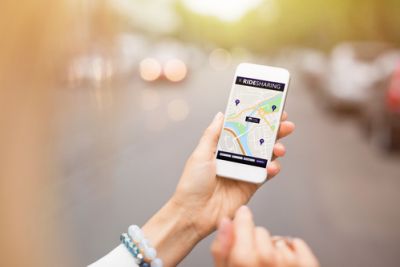 Lyft will soon offer semi-autonomous rides in select cities through a partnership with Ford and autonomous vehicle tech company Argo AI. The rides will be available first in Miami, Florida, starting later in 2021. Lyft users can choose whether or not they want a semi-autonomous ride when they use the ride-sharing service’s app. The point of this exercise is to begin commercially deploying autonomous vehicles on what will eventually be a large scale.

These still aren’t self-driving cars, though, as Ford says there will be safety drivers behind the wheel of these Escape crossovers equipped with Argo AI’s Self-Driving System (SDS) 360-degree lidar. The semi-autonomous rides will be offered in Austin, Texas, starting next year, and Ford says it hopes to have more than 1000 of these cars in the Lyft fleet over the next five years.

Ford retains ownership of the vehicles, while Argo AI supplies the technology and the safety drivers. As part of the deal, Argo AI will use data from Lyft to further develop its technologies, and Lyft will receive 2.5 percent of the common equity of Argo AI. Lyft recently sold its autonomous driving division to a subsidiary of Toyota. The company also has a partnership with autonomous company Motional and Hyundai to have fully autonomous cars on the Lyft network by 2023.

Jul 25, 2021connieshedron
Omnitracs Announces New Evidence of the Risks and Cost of Distracted Driving in Latest Data InsightsPavement That Wirelessly Charges EVs Will Be Tested in Indiana