Self-Driving Cars Will Kill People. Who Decides Who Dies? 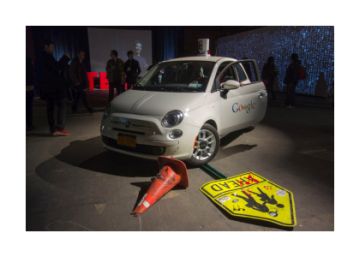 Recently, the “trolley problem,” a decades-old thought experiment in moral philosophy, has been enjoying a second career of sorts, appearing in nightmare visions of a future in which cars make life-and-death decisions for us.

Among many driverless car experts, however, talk of trolleys is très gauche. They call the trolley problem sensationalist and irrelevant.

But this attitude is unfortunate. Thanks to the arrival of autonomous vehicles, the trolley problem will be answered—that much is unavoidable. More importantly, though, that answer will profoundly reshape the way law is administered in America.

To understand the trolley problem, first consider this scenario: You are standing on a bridge. Underneath you, a railroad track divides into a main route and an alternative. On the main route, 50 people are tied to the rails. A trolley rushes under the bridge on the main route, hurtling towards the captives.