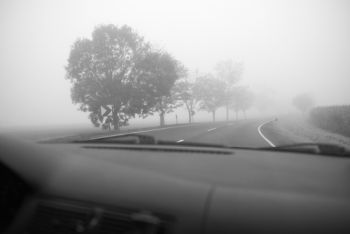 The lidar sensors used in most autonomous cars currently testing on public roads rely on infrared wavelengths, which are more likely to be disrupted in fog and dust situations.

MIT’s experimental sensor reads radiation at sub-terahertz wavelengths, which are between microwave and infrared radiation on the electromagnetic spectrum. That means they can be detected through fog and dust. That’s exactly the kind of sensor technology autonomous cars need in order to go mainstream.

Feb 17, 2019connieshedron
Wearing Your Fitness Trackers at Work Can Provide More Data to Your Boss Than You KnowNHTSA's Serious Math Errors Made Tesla Autopilot Look Better