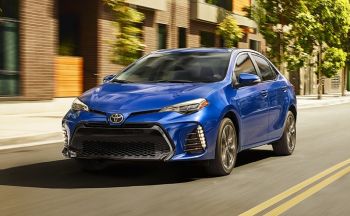 Nobody wants to drive a death trap, and to be sure, today’s cars are safer than ever, with many offering the latest high-tech accident avoidance features to add yet another layer of protection.

The most significant of these latter-day active safety features is forward-collision mitigation.

Alternatively known as forward auto-braking, the Insurance Institute for Highway Safety says that such systems can reduce rear-end collisions by 40%, based on a study of U.S. police-reported crash data, and cut injuries incurred in situations when a crash is inevitable by 30%

A growing number of models now offer the technology, though it’s typically still an optional feature, with availability most often being limited to the one or two highest trim levels in a given model line; at that it’s usually bundled with other features you may not otherwise need or want in costly option packages.

Fortunately, that’s changing. Twenty major automakers have agreed to equip most, if not all of their models with forward crash mitigation by 2022, with manufacturers like Toyota/Lexus already leading the charge.

To read more of the original article, go to Forbes.