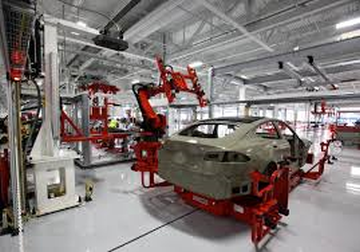 Every worker at an auto supplier factory in Michigan was told to “go on – touch the robot”, when the first of their newest, mechanical colleagues, known colloquially as co-bots arrived last year.

“I think people were scared to get close to it,” says 67-year-old Phyllis Aslinger, an inspector on the line assembling door panels at the International Automotive Components’ plant about halfway between Toledo and Cleveland on Lake Erie for nearly 28 years. A robot replaced her coworker, she says, “but I’m not afraid” of being rapped or rousted by the co-bot.

The Robotic Industries Association estimates that 250,000 robots are now in use in the U.S., the third highest in the world behind Japan and China.

Read more of the original article at Detroit Free Press.