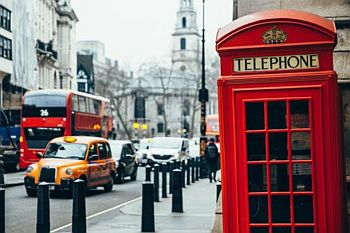 In the wake of the Volkswagen emissions scandal and a new-found focus on nitrous oxide emissions, Western Europe is falling out of love with diesel. Witness the following:

That’s a heap of reasons for managers of global fleets to consider abandoning diesel cars. The developments certainly make it more incumbent on fleets to scrutinize the economics of diesel passenger and light-duty vehicles. But, to paraphrase Mark Twain, the reports of the death of diesel may well be greatly exaggerated. First, some background.

For the last 27 years or more, diesel has been the fuel of choice in Europe. The market share of diesel cars in Western Europe went from less than 14 percent in 1990 to half at the end of 2017, after touching a high of 56 percent in 2011. While diesel vehicles typically cost more, they remain more fuel-efficient and diesel was cheaper at the pump. As a consequence, they come out on top from the perspective of total cost of ownership, both for consumers as well as fleets.

This popularity was bolstered by government policy in many nations as they became increasing concerned with air quality and climate change. Because of their greater fuel efficiency, mile for mile diesels emit less carbon dioxide. To promote cleaner air, national governments offered tax incentives for owners of diesel cars, and consumers happily took advantage.

Since VW’s “Dieselgate” broke out in September 2015, concern over diesel emissions has shifted from CO2 – which has been the standard by which automobile tax policies have been based – to NOx, nitrous oxides, which diesel engines spew out at levels far above what health experts know to be safe. This has prompted several countries, most notably the U.K., to discontinue favorable tax treatment for diesels, and slap an additional tax of £120 -140 per year per vehicle. In addition, a growing number of cities are placing restrictions and/or fees on diesel cars.

Meanwhile, France is among the first to levy a higher tax on diesel fuel, and the concern is that other countries will follow. While the average cost of diesel fuel across all 41 European countries (EU and non-EU countries alike) remains 7 to 8 percent cheaper than gasoline, in nine countries it’s more expensive. The higher cost per liter for gasoline in those countries ranges between 0.4 percent (Romania) to 5.5 percent (Switzerland).

All of these concerns generated consumer uncertainty that resulted in steeply falling prices for used diesel cars. In the U.K., for example, in September of this year, it was reported that prices for second-hand diesel cars had fallen by as much as 25 percent.   The action prompted some observers to predict that sales of new diesel vehicles in Europe would decline to less than 10 percent by 2020.

And then a funny thing happened. In the U.K., Auto Trader – that country’s largest advertiser for used cars — reported that prices of used diesel vehicles actually increased by 6 percent year-over-year. It also noted that its survey of sellers found that 47 percent of them said they planned to buy another diesel car, that diesel was still the most searched-for fuel type on its website, and that it hadn’t seen a dramatic flood of diesel cars being listed on its website. This raises the possibility that consumers initially over-reacted to the bad news and that diesel cars may be poised for a resurgence popularity.

Why would consumers return to diesel passenger and light-duty vehicles? For the same reasons that it may be premature for European fleets to abandon them, at least across the continent, for the next decade or so:

In the end, global fleet managers will need to make decisions on whether to continue to acquire diesel passenger vehicles on a country-by-country basis, depending on how many cities restrict or ban them, fees and taxes and the price of fuel. It appears possible that by the middle of century, the diesel car, if not the diesel truck as well, will be a thing of the past. But some big OEMs have made a major investment in diesel engine technology, and are likely to adapt to changing market conditions to continue to maximize their return. In the meantime, fleets may well find it makes sense to keep at least some of their drivers in diesel cars.