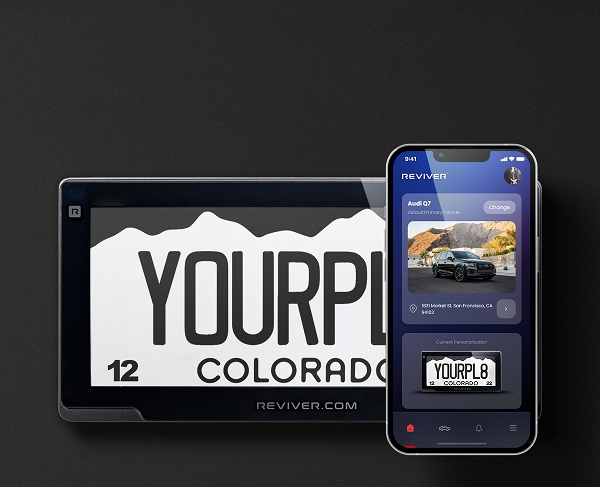 Fleet Management Weekly sat down several weeks ago with Alex Dimitrijevic, the National Fleet Director for Reviver. We discussed Reviver’s digital license plate, an innovative product changing the game for registration renewals and fleet management.  Here’s what we learned:

What is Reviver? What benefits does it have to offer fleets? 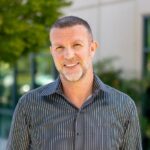 Reviver is the first company in the world that has developed a digital license plate to replace the current metal license plate. For 120+ years cars have advanced technologically, so why not the plate? Our digital plates offer three core value propositions for commercial fleets. One is batch registration renewals–since we’ve digitized the process and our platform has merged/integrated with the DMV platform, we eliminate the need for physical stickers. This eliminates a lot of touchpoints, as our customers no longer have to worry about waiting for the physical stickers arriving in the mail and placing them on vehicles. During this process stickers get lost in the mail or misplaced which requires re-ordering stickers and being at risk of driving a non-compliant vehicle.

The second value proposition is vehicle maintenance messaging. If there’s anything wrong with the vehicle, we can display the message on the digital license plate. This is particularly valuable for vans and vehicles that come into a single location overnight. When the vehicles are refueled during the night, they undergo maintenance checks. Whatever maintenance needs to be performed, our plates have the ability to display a maintenance message provided we are integrated with the customer’s maintenance platform.

The third value proposition is universal tolling, which is being launched in Q1 2023. This eliminates the need for transponders and it’s based on  pay-by-plate technology that can be used in all 50 states.

In what states are your plates currently available?  What states do you expect to have them in soon?

To clarify, our plates can be driven in all 50 states, Canada, and Mexico. Just like a metal plate, if it’s good in one state, it’s good in another. The states in which we can sell our digital plates are California, Arizona, Michigan, and Texas, as we have already passed legislation and integrated with the DMVs in those states. In Texas, however, it’s only available for commercial vehicles. 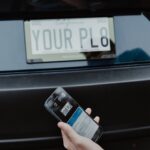 In Colorado, Georgia, and Illinois, we’ve passed legislation but not yet merged our platforms with the DMV. So they’re legal, but we can’t sell yet because there’s no core value proposition and you won’t be able to renew the license plate registration. The next group of states where we’re currently running legislation is Florida, New Jersey, New York, Pennsylvania, and Oregon.

When choosing states that we target, we usually look at the top 10 states in terms of driving population. We are also looking at other states because of certain strategic partnerships that we have. For example, Indiana has a lot of fleet registrations thanks to their streamlined DMV process for International Registration Plan (IRP). This means that you pay annual registration fees based on the percentage of miles you drive in each state, so if you only drive in Illinois 10% of the time, you only pay 10% of your registration in Illinois.  Then if you drive in Indiana 40% of the time, you’ll pay 40% of Indiana’s fees there, and so on. There’s also the International Fuel Tax Association (IFTA), which is a similar concept that relates to where you buy gas and pay fuel tax.

Is there a kind of fleet that benefits most from using Reviver’s plates?

Any fleets class two through seven can use our plates.  Class one is motorcycles, for which we don’t yet have a size (although we are developing it).  Class eight and above are trucks and trailers. You often find trucks and trailers that have two different registration areas, mostly using the apportioned IRP plates I mentioned before. We haven’t yet solved for the ability to calculate the IRP and IFTA fuel tax, but it’s a big feature and benefit we plan to roll out in 2023. 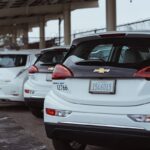 Our digital license plates particularly benefit larger fleets, as the more vehicles you have, the easier we make it to manage DMV compliance. With the click of a button on our dashboard, you’ll be able to renew registrations for 20, 50, a hundred cars. And when you do registration renewals in our dashboard, you’ll have line items for the registration that’s due. If a smog test is required, you’ll be notified. If you need to update your vehicle weight, insurance information, or your registered address, you can do that online when you renew registration.

You’ll even be able to pay for citations. If you have any parking or speeding tickets during the registration renewal, you’ll see a line item about the citation, its cost, and when you need to pay it. Your payment is sent to the DMV, which validates the VIN number and sends us the message telling us it’s been renewed. Then the next time your plate calls home to our platform (which it does at specific intervals), the image on the plate will change to the updated registration date.

Where did the idea for Reviver come from?

Reviver was founded in 2009 by our founder Neville Boston. He had the idea to digitize and revolutionize the license plate registration renewal process. He was frustrated with the DMV registration renewal process and had the idea, “Since everything is going digital, why not the license plate?” He first had the idea in 2009 and it took us four or five years to actually develop the product. Our first product was a very thick, six-pound heavy license plate that was based on LCD technology. Imagine a thick iPad on the back of your vehicle. But as we continued developing the product, we realized it should be more of an e-ink technology (which is called a Bistable LCD). It’s the same technology used in a Kindle or an E-reader.

The interesting thing about e-ink technology is that when the image sits there, it doesn’t consume any energy. The only time it uses power is when the image changes. This happens when there’s an update for the tag, if you want to change the color from white to black 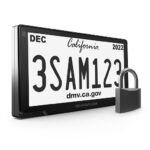 or vice versa, or if you want to add a corporate message on the bottom of the plate. Even if you get rear-ended, the image will not disappear. It took us a number of years to develop this product, and it took us almost six or seven years to get approved in California. At first we were approved as a pilot of up to 200,000 vehicles for a number of years. Then, in November of 2022, the governor signed the digital license plate into law and allowed statewide adoption.

Now we’re here to stay. Anyone can use it with no limitation. We originally started selling in October 2020, and we have three different verticals. One is through dealerships, a B2B2C where dealers sell the plate to consumers as they buy cars. They can preload it if they want, which has benefits because the penetration rate is so much better. The second vertical is commercial, which is what I’m responsible for. And the third vertical is direct to consumers from our website. Today we have almost 50,000 plates on the road selling through 250 dealership partners and our commercial business is growing every day.

Can you share with us a success story or two? 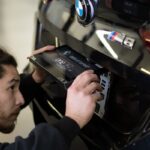 One of our largest fleets at the time of signing was RepairSmith, a mobile car repair business in LA. When they first signed with us they had 130 vehicles all registered in California, but now they’re nationwide. They love the Reviver solution, especially the ability to track and renew registrations.  We have two products: a battery plate and a wired plate. The wired plate is the one that allows tracking, including speed data and other basic stuff. RepairSmith has been installing these and all of their drivers have been certified to install the Reviver plate. Now, not only are they our customer, but we actually signed an installation agreement with them where we give them business to install for us. It’s a great success story and one that’s still growing. They have projections to grow for 2023, and we’ll be right behind them supporting them.

Another success story is an incredibly interesting concept. It’s a company called Simple Car, which started out as a very small company just north of LAX. It’s a couple of partners who buy used Priuses and rent out short term leases between 6-12 months for people who come into town. They started with only 10 cars, and now they’re up to 70. They’re even moving into Texas and expanding into more models. Our client told us, “I love going on the dashboard, clicking on the button, and my Prius that is somewhere in Riverside gets updated the next day.”