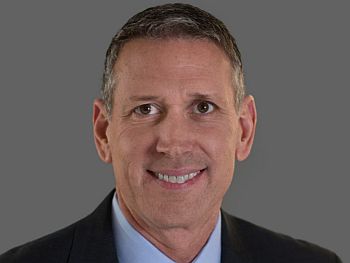 
The fuel of the future, according to many, is electricity.  For some fleets, though, it’s already here. But since most EVs and Hybrids are fueled at home, and most home chargers lack a reader, how are fleets supposed to verify purchases?

In a recent conversation with Fleet Management Weekly, Bernie Kavanagh, senior VP at WEX, revealed his company’s answer. Mobile access to fuel data? No problem – WEX is there, too.  And with an increasing emphasis on managing multi-national fleets on a global basis, WEX continues to build out its global fuel program capabilities, he told us.

Bring us up to date on WEX’s latest initiatives with respect to Fleet.

WEX has a lot of initiatives happening now, many of them centered on our partners and our existing customer base.  As you know, we’ve got three distinct lines of business: the fleet side, the travel side and the healthcare side.  On the fleet side, we continue to see globalization being a big key.  A lot of our partners are beginning to expand their operation globally and are looking for us to expand with them.

Another one of the larger trends is mobile device access, which is becoming very popular now — I think the latest number we saw was in 2016.  By 2017, they’re expecting 225 million users with a mobile device. These are the folks that aren’t sitting at their desk. They don’t have the ability to log onto a desktop and make changes or find out what’s happening with their fleet, so everything needs to be done through a mobile device. We’ve got a lot of development happening in the mobile space.

Let’s talk about car sharing; what is WEX seeing?

We have a number of customers who are in the car share business, if you will.  Technology is driving that.  Utilizing shared vehicles certainly cuts down on the cost that businesses incur and I think we’re starting to see a lot more of the pooling aspect. Pooling was always a very popular idea in government space where they would rely on motor pools.  Rental agencies obviously started that approach with their business model.

But we’re starting to see more and more companies utilizing specialty vehicles. Government agencies may have snow plows, as an example, a great shared resource that they maybe only use for a couple months out of the year. So, there’s no sense in seven or eight different smaller towns having all the same vehicles. They can share those vehicles.

The role WEX plays is in the data collection, so when you’re sharing a vehicle it’s important to know who’s utilizing that vehicle and allocating expenses, such as fuel.

Through our own applications with the fuel card usage, data collection, real time data information on where a vehicle’s refueling, we’re gathering vehicle location information. When you marry those pieces of information you really get a real-time view of utilization, where vehicles are, where they might need to be deployed, and then how to deploy them to those locations.

So, when you talk about sharing the vehicles, you know exactly where a vehicle is, how much utilization that vehicle has had, and the next person that needs it can use some sort of a mobile resource management device to reserve that vehicle, utilize it, and then return it when they’re done with it.

What are your clients telling you that their chief concerns are now?

I think clients now are at a point where they’re looking to gain greater efficiencies.  Business is really starting to come back.  We’re seeing it not only by geography but by industry, too. Certain business areas are stronger than they’ve been in the past and I think now’s the time that, instead of focusing on rebuilding and making sure they’ve got the right operations in place, they’re making sure they operate at top efficiency. So, they’re looking for data. The aggregation of data is more critical than it’s ever been.

They’re more concerned that their decisions are data-driven, not just on their sense of what’s happening. Intuitively, I may think that a vehicle is used once a week, but when I’ve got a telematics device that tells me how much that vehicle was actually used, now I can figure out how to utilize that vehicle more efficiently.

What role can WEX play with electric vehicles?

In the world of electric vehicles, I’d say that the role that WEX can play is in the procurement of the electricity, billing and reporting. Certainly, our role starts with the OEMs and the production of the vehicles.  Then you need to have fleets that are willing to adopt the electric vehicles, and then you need charging stations in place to make the vehicles feasible for fleets.

The latest report I saw was 95% of charging is still occurring in the home.  But most home charging stations are not equipped with card readers, so a company would say, “Well, I’ve got electric vehicles in my fleet.  I’ve got an individual who’s taking it home at night and I need to make sure that I’m collecting the data that shows me how much electricity they’re using in that fleet vehicle.”

So, what role does WEX play in that?  WEX needs to be able to capture that information.  If drivers don’t have a card reader on their charging devices, fleets need to capture the data on their purchases of electricity in a different way.  So, we’re using mobile technology and RFID (radio frequency identification) and things of that sort to make sure that we’re capturing all the right information that a fleet would come to expect on the traditional fueling but carry that over into the electrical vehicles as well.

Are you doing that now?

We are. we’ve got a number of accepting locations and we continue to work on our data acceptance network. There are a number of organizations that are controlling electric vehicle charging stations and WEX is working to make sure that we’ve got our specification so that we can capture the right amount of information and we can include it in the reporting and the billing that we send to our fleet customers.

Globalization has become a big key to our partners and customers and I think what people are trying to understand is, what exactly does globalization mean?  Does globalization mean I’ve got one card that I can use in every country and get consistent billing and consistent reporting?  Probably not, because the infrastructure in each country is different.  There are different rules and regulations in each country, there are different cost structures and there’s currency conversion to take into account.  I think that what companies with global fleets are now looking for is one fuel monitoring partner.

WEX has operations in a number of countries. We’ve got card programs in Europe, Australia and Brazil, and we’re looking at getting into more countries.  To enhance our acceptance, we also use our virtual program as well.  So beyond just having one fuel program, we’re looking to build out WEX so it can support a global effort.  Our goal is to offer a global fleet a single global fuel program that can both track total global fleet data that, at the same time, can report to end users in every country.