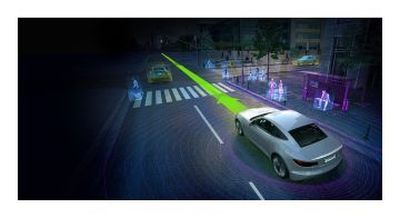 Many questions arise when taking a look at the future when humans driving cars becomes a thing of the past –  what will that world look like?

Intersection Managers could replace traffic lights with an estimated 20 to 50 percent less carbon dioxide filling the air with fewer idling cars at intersections.

For the human passenger, though, a robotized intersection could be mildly terrifying — like flying through a crowded asteroid belt, trusting the A.I. to find the right path. “At first I think it will be freaky,” Peter Stone, a computer scientist at the University of Texas at Austin admits. “Some people will need the window darkened so they don’t freak out.”